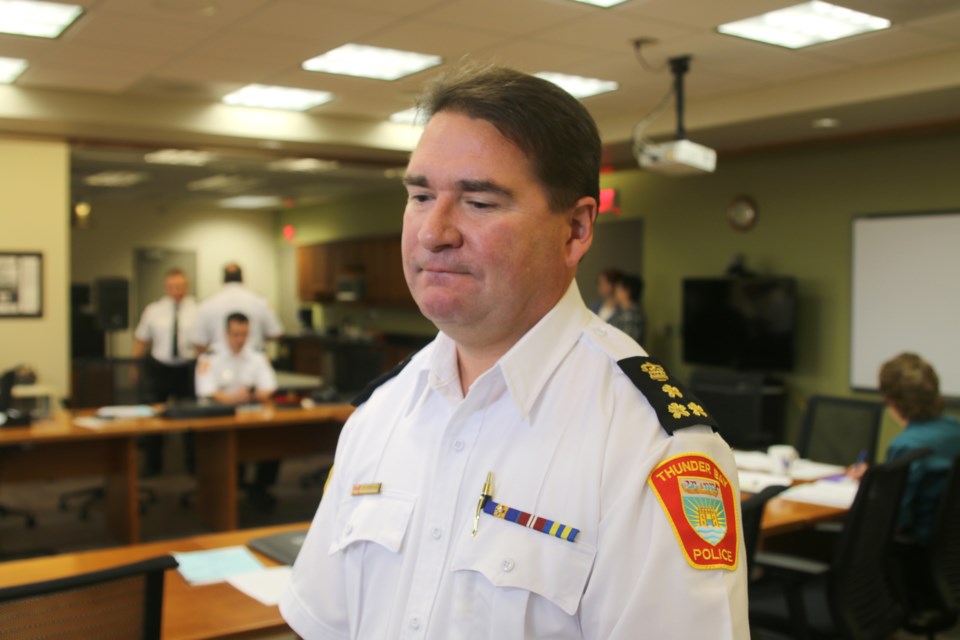 THUNDER BAY -- J.P. Levesque is retiring from his role as the Thunder Bay police chief, just months following his reinstatement after criminal charges against him were dismissed.

The city of Thunder Bay on Thursday announced Levesque's retirement after 31 years with the city police force, with the 54-year-old stepping aside effective immediately.

Deputy police chief Sylvie Hauth will serve as the interim chief and Insp. Don Lewis has been appointed acting deputy chief. A statement released by the police services board said a national search will be conducted to hire a replacement.

Levesque, a former deputy chief, was hired in 2011 as the service's eighth police chief. His policing career included roles in criminal and drug investigations, training, incident command and administration.

"Chief Levesque has had an accomplished career which has been marked with distinction, leadership, and tremendous integrity in service to the community. We wish J.P. all the best as he enters a new chapter of his life," board chair Jackie Dojack said in a statement.

Last May Levesque had been charged with obstructing justice and breach of trust for disclosing that Thunder Bay mayor Keith Hobbs was under investigation for allegations of extortion. The Thunder Bay Police Services Board placed Levesque, who was on medical leave at the time of the charges, under administrative suspension.

Levesque went to trial on the charges late last year, with Superior Court Justice Bonnie Warkentin ruling in January that the two counts be dismissed. Levesque told reporters following the verdict that he looked forward to going back to work.

The police services board returned Levesque to his position the following week.

The Thunder Bay police has come under heavy scrutiny during Levesque's tenure presiding over the service.

The Office of the Independent Police Review Director conducted a review of the force's handling of the 2015 sudden death investigation of Stacy DeBungee, releasing a report last month finding several deficiencies and concluding that investigators made a premature conclusion about the case.