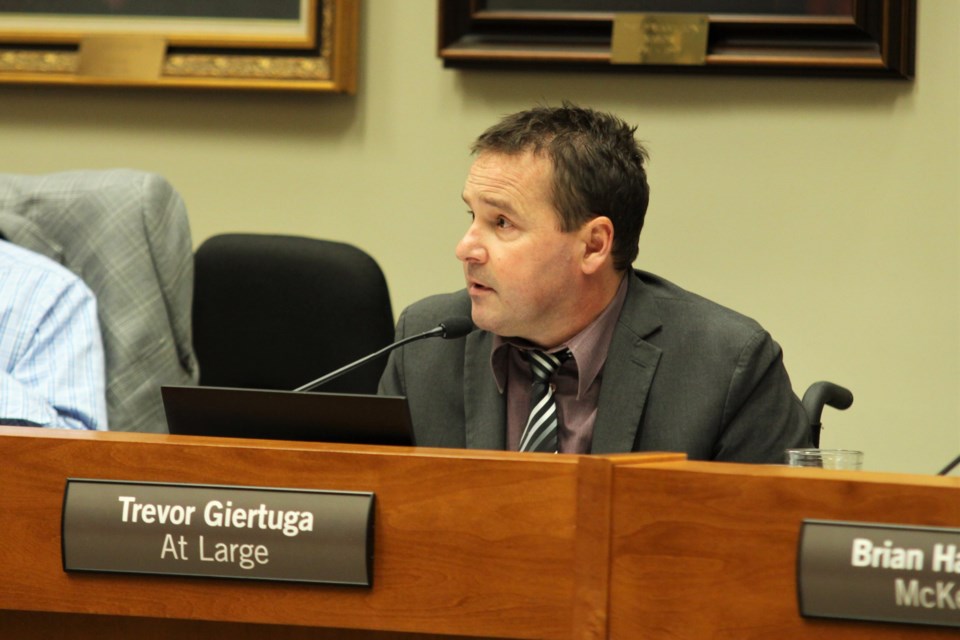 THUNDER BAY – The Thunder Bay Public Library is facing critical questions from city council in an ongoing dispute between the two bodies. Council voted to send a list of questions to the independent library board Monday night.

Coun. Trevor Giertuga added new questions to the list he submitted to council last week during the meeting. Several stemmed from unsubstantiated allegations he raised against library CEO John Pateman. Giertuga said those were communicated to him through “copious” phone calls from people he believes to be connected with the library.

The new questions included: Does the library board have a nepotism policy? How many library-related calls were made to EMS and police in 2019? Are fully-funded catered meals provided for programs at the library?

Giertuga also wanted to know why the library had gone forward with reconciliation-related training that council declined to provide funding for last year. City manager Norm Gale said it was normal for an organization to move funding around within a budget, and reminded council it had no control over how the library spent its money.

Most of Giertuga's other questions centre around the library’s response to potential budget cuts earlier this year, and a sister cities trip Pateman took to his hometown of Bromley, England.

Giertuga questions the necessity of that trip, given that Pateman would already be familiar with the library system in his hometown. However, Gale confirmed Monday that the city had asked Pateman to join the trip due to his Bromley connections.

The majority of councillors supported Giertuga’s resolution, after the at-large councillor said the library had denied his request for an in-person meeting and given only partial answers by email.

Councillors said they regretted taking the extraordinary step of publicly questioning the library, but hoped it would push the organization to clear the air and improve its relationship with council.

“We’re doing this in the public, which bothers me,” said Coun. Rebecca Johnson. “However, it is here so we have to deal with it.”

Current River councillor Andrew Foulds, who sits as a city council representative on the library board, opposed the motion.

“There’s been some commentary about opening up a conversation,” Foulds told his colleagues. “I’m not entirely convinced this is the most productive or positive way to do it.”

Giertuga acknowledged publicly calling out the library was less than ideal, but maintained he had no choice after being stonewalled on his questions.

“In 20 years, I’ve never had to take this approach,” he said. “I’ve been able to pick up the phone. I’ve never hit a brick wall where I’ve had to come and publicly do this. It’s not something I want to do, but I want answers – and my constituents deserve answers [about] their publicly-funded dollars.”

Several of Foulds’ colleagues raised the prospect of putting more city councillors on the board to increase oversight. Gale said that would be within the city’s power, though the number of councillors cannot form a majority.

“I think we should have more than one councillor on a board we give more than $7 million to,” Giertuga said.