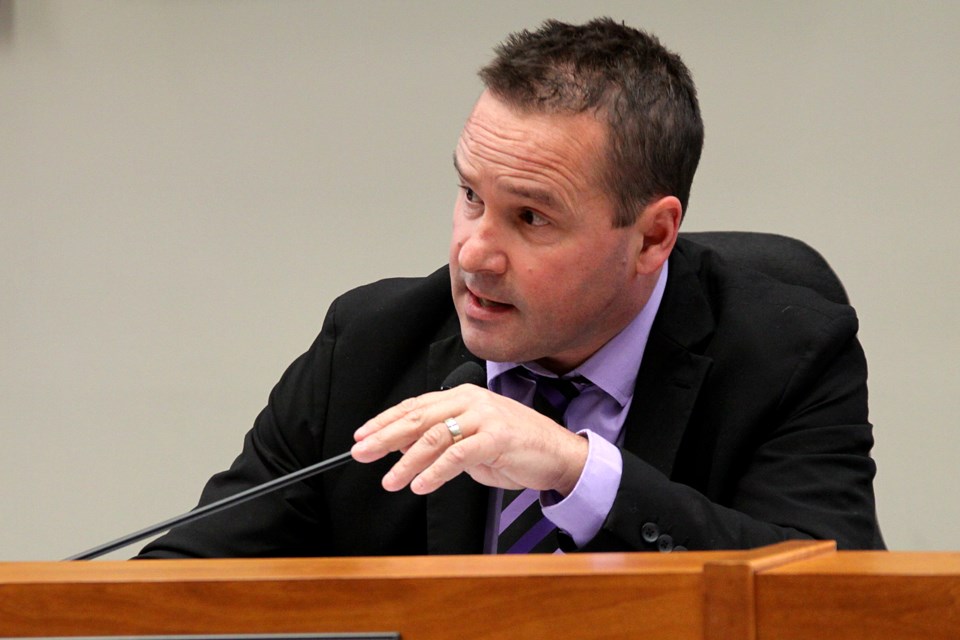 THUNDER BAY – A war of words between the Thunder Bay Public Library and some city councillors culminated in a $50,000 cut to the institution’s budget last month. Now, one councillor is questioning the library’s handling of a union rally against cuts, outspoken advocacy on the library website, and the use of funds for a sister cities trip taken by its CEO.

At-large councillor Trevor Giertuga has filed a motion asking council to formally request answers to his questions from the library’s independent board. He says he only took the step after library leadership declined to provide answers by email or meet with him to discuss the issues.

Giertuga’s motion will be discussed at Monday’s council meeting. His seven questions touch on three issues: the library’s decision to close its branches for two hours on Jan. 29 to allow employees to attend a protest against possible municipal budget cuts; “lobby efforts” against the cuts posted on the library website; and Chief Librarian and CEO John Pateman’s trip to his previous hometown of Bromley, England as part of a sister cities delegation.

The library is an independent entity overseen by its own board, but receives around 90% of its funding from the city. Giertuga acknowledges the library’s independence, but says libraries and municipalities are encouraged to work in cooperation and “there is a responsibility to answer the questions of constituents and of councillors.”

“I attempted to set up a meeting with the CEO and the board Chair to discuss my concerns and receive answers to my questions,” Giertuga wrote in a memo to council. “The board Chair responded to me and did not answer my explicit questions, she further stated ‘sorry, there is also no need for us to meet.’”

“The recent resolution of March 4 2020, put forth by Councillor Giertuga, is either an indication of his misunderstanding of public libraries or maybe more personal regarding unions’ right to protest political decisions,” Demillo said.

“Or perhaps he takes issue with the library board and management supporting the union’s stance that cutting the budget is harmful to the community. CUPE 3120 is hopeful that the TBPL Board will reply only as it should to the municipality.”

The union asserted the library's independence in the release, adding library CEO's "do not answer to a municipality."

Stephen Abram, the executive director of the Federation of Ontario Public Libraries, told Tbnewswatch the library isn’t legally obligated to answer questions from councillors or city council itself.

“It’s a bad idea not to, but they technically don’t have to,” he said. “In various communities across Ontario, they’ve done some refusals lately, saying ‘that’s not appropriate.’”

Abram added he has recently facilitated some dispute resolution in Ontario communities where communication had broken down between a library and municipality.

“We think councils and library boards should work together for the benefit of the community. And when these little disruptions happen, no one wins, the library or the community.”

Giertuga’s seven questions are as follows:

"1. What is the designated time frame for employee's dinner breaks?

2. Was travel time to and from city hall incorporated in the employee's time off for the demonstration?

3. Was the TBPL Board aware of the demonstration and if so did they approve the absence?

4. Was time off without pay granted to attend the demonstration?

5. Was the TBPL Board aware of the lobby efforts on the TBPL website?

6. Was the CEO Mr. Pateman's trip to his previous home town in Bromley, England through sister cities funded by TBPL public funds? If so, was the board aware of this expenditure?

7. Please provide the rational and benefits obtained by the TBPL CEO by attending his previous home town where he is intimately aware of the library processes, procedures, and policies in England."

Library board chair Carol Grieve confirmed the library approved Pateman’s trip and paid $956 for it, while the city said it kicked in $285. She deferred further questions on the matter, noting Pateman was participating in a sisters cities delegation, "a city program."

In an email, Grieve said the board had some concerns about employee behavior, without providing details on what the concerns were or how they related to the questions raised by Giertuga.

“I can say that the Board is concerned with the actions of some employees,” she wrote. “This is being actively dealt with by the Board at this time.”

During city budget deliberations, the library posted material on its website and social media accounts encouraging residents to speak up against potential cuts to the library, including posting the names and contact information of city councillors who had discussed possible cuts.

Some councillors were critical of the library’s approach, saying it veered into “misinformation.”