THUNDER BAY – The proponent of a project to bring liquefied natural gas to Lake Superior’s North Shore is urging municipalities to apply pressure on the province.
Oct 24, 2015 4:11 PM By: Jon Thompson 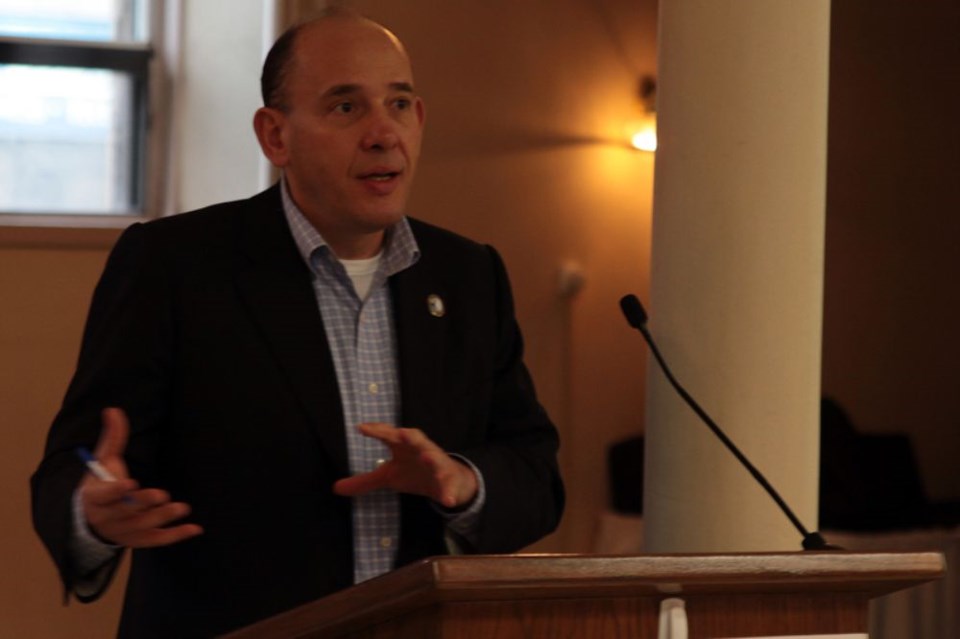 THUNDER BAY – The proponent of a project to bring liquefied natural gas to Lake Superior’s North Shore is urging municipalities to apply pressure on the province.

In Joshua Samuel’s address to the Thunder Bay District Municipal League, the Northeast Midstream CEO updated municipal leaders on the proposal that would liquefy natural gas in Nipigon, then see it shipped by truck to communities beyond the reach of the TransCanada gas pipeline.

“You can hang together or you can hang separately, right? Really, to get these types of projects underway, it does require a level of support among the communities but also participation by the private sector -- companies like ours -- as well as the province,” Samuel told municipal leaders on Friday.

“They’re (Ontario is) the major players in this because in order to get the attention and outcomes from the stakeholder, people need to be in there banging on the table, grabbing people by the lapels and saying, ‘we need this.’”

Northeast Midstream has signed preliminary agreements with five communities including Wawa, Manitouwadge, Marathon, Terrace Bay and Schreiber. Samuel envisages those agreements as a base for regional expansion that could include Chapleau, Dubreville, White River, Hornepayne and some First Nations.

Expanding the existing gas line through the North Shore’s hostile terrain would far exceed any loans or grants the province could allot to connect those communities so Samuel is asking the mayors to lobby the province to ensure projects like his would qualify for provincial assistance under those programs.

Although Marathon is among the municipalities who have committed to the plan, Mayor Rick Dumas has been skeptical his community would ever see natural gas – liquefied or otherwise.

He rose during Samuel’s presentation to address the consumer cost of conversion, weighed against the company’s estimated $1,000 to $3,000 annual energy savings.

“I still believe there’s a cost associated with that,” Dumas said.

“The capital expansions and the infrastructure we’re going to need in our communities, that’s a big thing. We’re going to have to run pipes to every home and every business in the community. That’s a huge cost.”