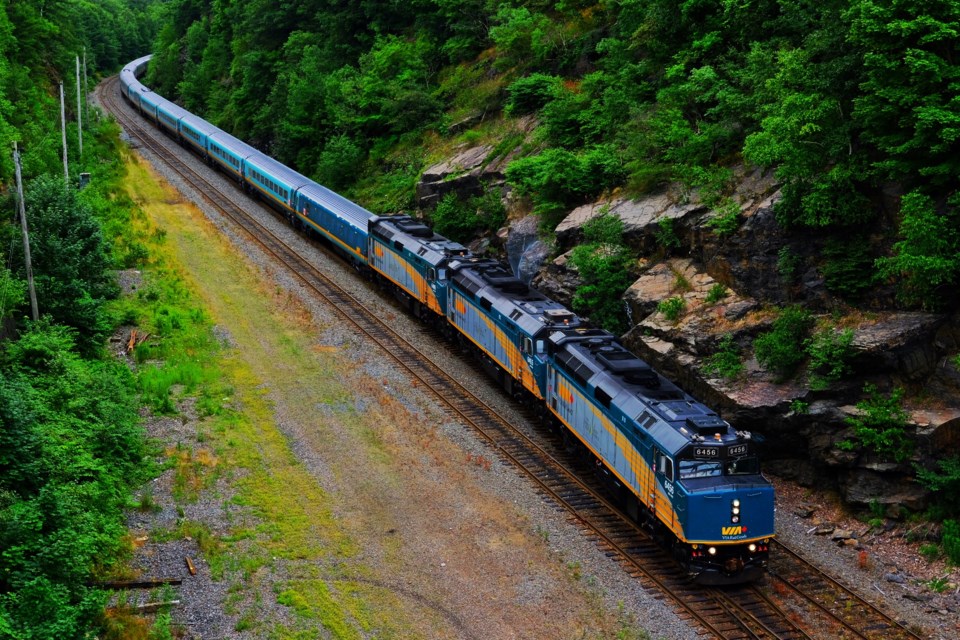 THUNDER BAY – Those hoping to see passenger rail service return to northwestern Ontario may not take much comfort in a new report on the topic from the Northern Policy Institute (NPI), which all but rules out the possibility in the near future.

Along with that disappointment, however, NPI president Charles Cirtwill says there are signs of hope and some good news about regional transit.

The report, called The Thin Case for Passenger Rail in Ontario’s Northern Regions, suggests the region’s population is simply too small to support passenger rail as a viable option.

“The basic answer came back that for regularly-scheduled service between the kind of communities we have, subsidized buses are probably the best choice,” Cirtwill said.

Cirtwill praised the Ontario government for having already moved in that direction, having recently reinstituted regular bus service between Thunder Bay and both southern Ontario and Winnipeg through the publicly-funded Ontario Northland.

The report questions the assumption that passenger rail would necessarily be a greener alternative than buses in such a sparsely-populated region, saying the claim relies on high passenger volumes.

“Endeavours to build a more environmentally responsible Northern Ontario transportation infrastructure through the increased use of passenger rail in that thin market likely will fall short,” it states.

In some northern Ontario contexts, however, the report suggests rail could be worth considering. That includes short-line rail geared toward tourism, and passenger service connecting First Nations to the province’s transportation network.

“We still have lots of communities that are not connected at all to the grid,” said Cirtwill. “We’ve got a lot of rural and remote communities [relying] on winter roads that have shorter and shorter availability because of climate change.”

While he saw more possibilities for passenger rail in the northeast, Cirtwill considered it unlikely in the northwest until and unless the region sees significant population growth.

He suggested advocates would be better served in the meantime by looking to strengthen bus service, and the possibility of connecting it with short-line rail. One place to start on the latter could be gauging interest in a Winnipeg-Kenora line focused on tourism, he said.

Hearst man fined $6,000 for shooting down road from vehicle
Oct 26, 2020 5:27 PM
Comments
We welcome your feedback and encourage you to share your thoughts. We ask that you be respectful of others and their points of view, refrain from personal attacks and stay on topic. To learn about our commenting policies and how we moderate, please read our Community Guidelines.
The latest on COVID-19 Local and global updates →