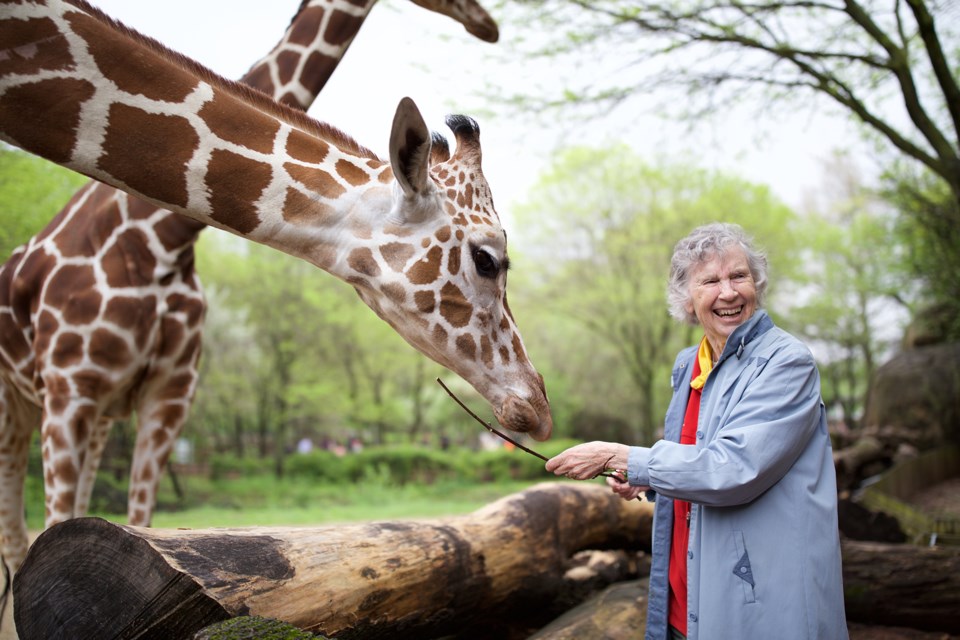 Lakehead University’s Office of Community Engagement and Lifelong Learning is pleased to present “In Conversation with Anne Dagg: The Woman Who Loves Giraffes”.
On Sunday, Nov. 15, Lakehead invites you to gather online to go behind the story of the critically-acclaimed documentary The Woman Who Loves Giraffes. Written, produced and directed by Alison Reid, the documentary follows Anne (now 86) as she retraces the steps of her unprecedented solo journey to South Africa back in 1956, to study giraffes in the wild. The film offers an intimate window into her life as a young woman, juxtaposed with a first-hand look at the devastating reality that giraffes are facing today. Dagg and the species she loves have each experienced triumphs as well as setbacks. The Woman Who Loves Giraffes gives us a moving perspective on both.
The evening will feature a live virtual Q&A with Dagg and Reid – to hear from Dagg, herself, about her experiences in South Africa as well as her later life as an author, activist, teacher and mother.
The recording of the documentary, The Woman Who Loves Giraffes, will be available to watch on a computer, tablet or TV prior to the live virtual event on Nov. 15.

Tickets are $20 each and can be purchased at www.lakeheadu.ca/cell. A portion of the proceeds will support Green Haven Shelter for Women in Orillia and the Faye Peterson House in Thunder Bay.
Get the popcorn ready! We’ll virtually join you there on Sunday, Nov. 15 at 4 p.m. EST.