THUNDER BAY -- Police are investigating an evening convenience store robbery that took place on the city's north side.
0
Jan 23, 2013 12:42 PM By: TbNewsWatch.com Staff 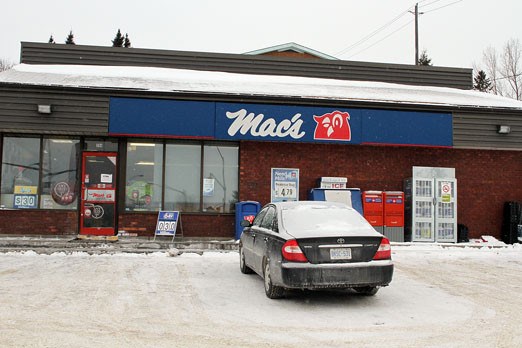 THUNDER BAY -- Police are investigating an evening convenience store robbery that took place on the city's north side.

Police say two men entered the store and approached the till area. One man left the store while the second pulled out a knife and demanded money and cigarettes.

The store clerk complied with the man's demands.

Police are now looking for the public's help to identify two male suspect.

The first suspect is described as an Aboriginal man, standing 5'9" to 6'2" with a thin build. He has a short yellow mohawk with the sides of his head shaved. He wore a black parka with a gray fur collar, tan Carhartt type pants and a black face mask covering the bottom portion of his face.

The suspected accomplice is described as being 5'9" tall and wore jeans, runners, gloves and a black hoodie under a snowboard jacket with a red, blue and green rectangular pattern. He also wore a scarf to cover his face.

Anyone with information about this robbery is asked to contact the Thunder Bay Police Service or Crime Stoppers at 623-8477.