Man fined $6,500 after shooting at moose decoy near Nipigon

A Waterloo resident has had his hunting licence suspended and was fined a total of $6,500 after an investigation by the Ministry of Natural Resources and Forestry.
Dec 21, 2020 9:42 AM By: TbNewsWatch.com Staff 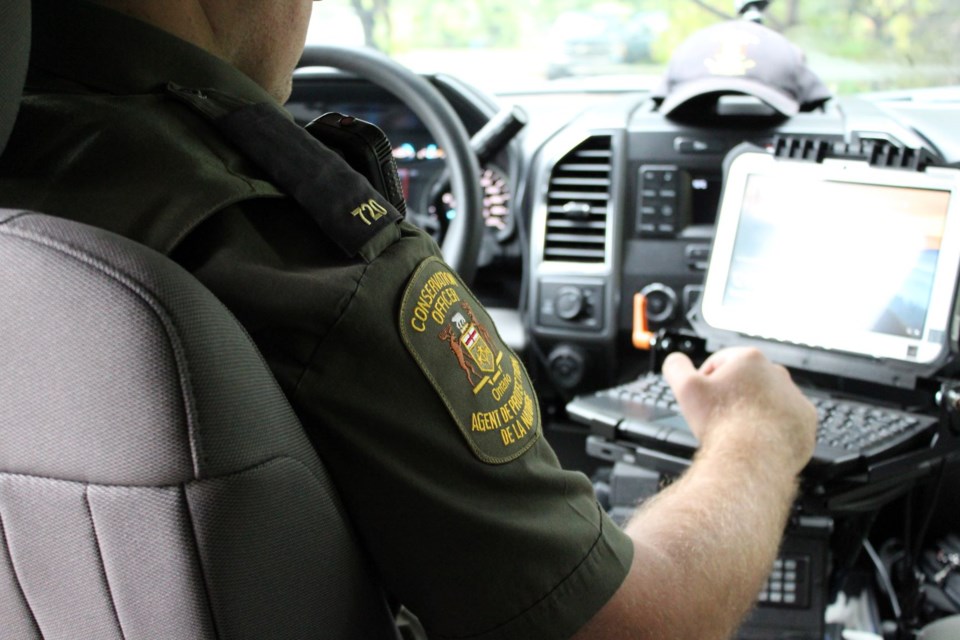 A Waterloo resident is facing a total of $6,500 in fines for shooting at a moose decoy on Black Sturgeon Road, northwest of Nipigon.Ministry of Natural Resources and Forestry/Submitted

NIPIGON — A southern Ontario man has been convicted of several hunting violations after an investigation by the Ministry of Natural Resources and Forestry.

Javid Laghai Bonabi was fined $4,500 for careless use of a firearm for the purpose of hunting, $1,500 for unlawfully hunting at night and $500 for unlawfully having a loaded firearm in a conveyance, according to a news release issued by the ministry on Monday, Dec. 21.

Bonabi also received a six-month hunting licence suspension and is required to retake the Ontario Hunter Education program and pass the test before being eligible to buy another hunting licence.

His court case was heard in Thunder Bay on Nov. 23. Court heard conservation officers conducted a moose decoy operation on Black Sturgeon Road, northwest of Nipigon. The operation was performed so only one vehicle could enter the area at any given time.

During the operation, a man exited his vehicle and discharged a high-power rifle down the road at the moose decoy before legal hunting time.

The ministry is also reminding hunters that shooting from or down roadways is dangerous and illegal.