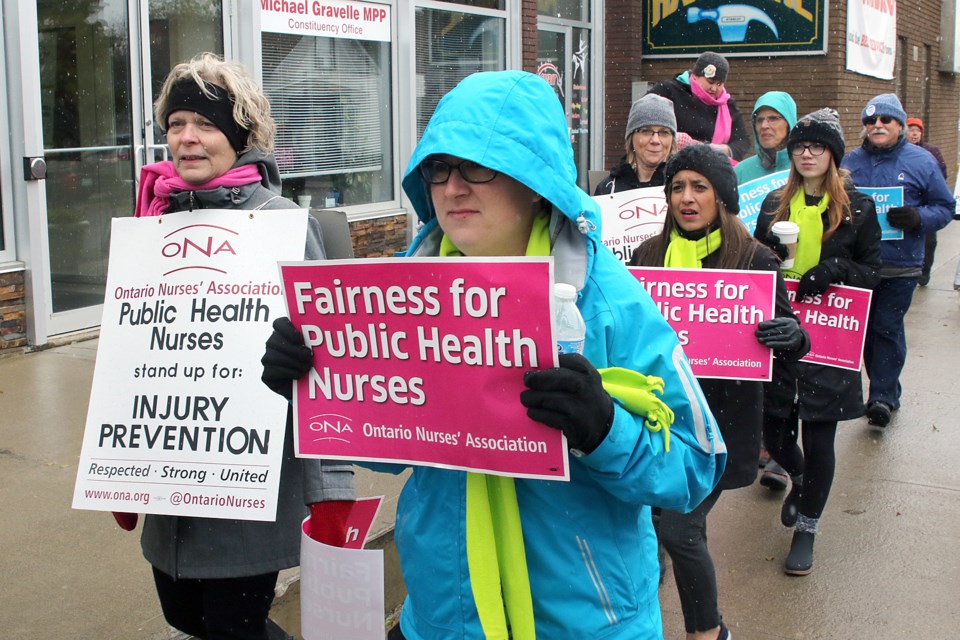 The nurses will be in a legal strike position on Tuesday.

A provincial mediator was trying to facilitate a new collective agreement between the health unit and the Ontario Nurses Association, representing about 50 public health nurses.

Members of ONA Local 014 have been seeking wage parity with their counterparts at other health units in northern Ontario including the Northwestern Health Unit in Kenora and Algoma Public Health in Sault Ste. Marie.

They say they are currently the lowest-paid public health nurses in the province.