Around 100 firefighters from Mexico will join Ontario fire crews battling wildfires threatening communities in the Northwest.
Jul 16, 2021 11:41 AM By: TbNewsWatch.com Staff 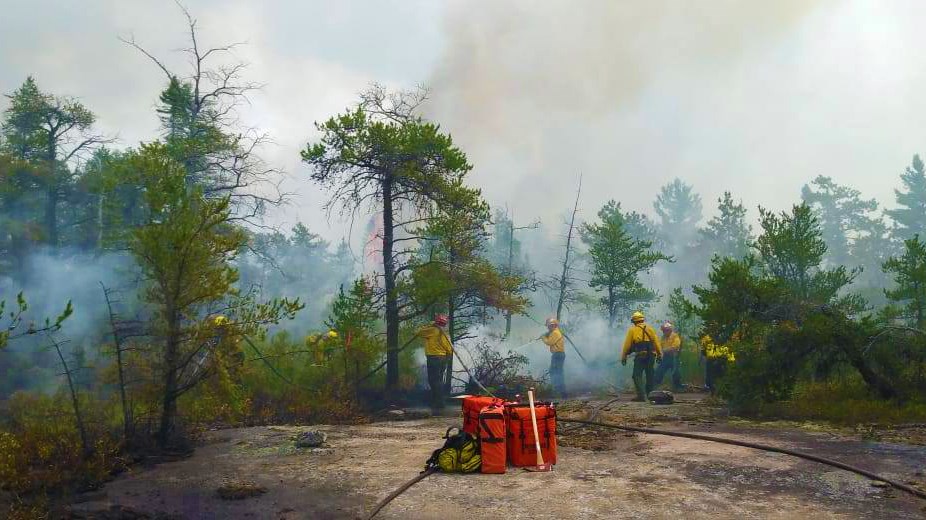 More than 100 firefighters and support staff will arrive from Mexico on Saturday to lend assistance, the provincial government announced Friday.

Those firefighters will reinforce around 100 Ontario fire crews already fighting fires in the region, which have prompted the evacuation of several First Nations north of Red Lake.

The province also recently received assistance from a team of nine firefighters from Wisconsin and several aircraft from Quebec.

There were 94 active wildfires in the Northwest as of Thursday evening, with 32 considered not under control.

The community of Red Lake, with a population of over 4,000 people, could have to evacuate without a change in conditions, its mayor has said.

The Mexican fire crews will be briefed on Ontario fire, safety, and COVID-19 protocols before receiving their fire assignments, the provincial government said, noting the crews will be required to follow pandemic guidelines such as distancing and will remain in their own cohort

“The intention is to ensure the distribution of resources when and where most needed,” she said. “This agreement with Mexico made it possible for CIFFC to coordinate the deployment of 103 Mexican firefighting staff to Ontario.”

A restricted fire zone for remains in place across the Northwest, meaning outdoor fires are banned. The province called on residents to do their part by following that ban.

The province also instituted an emergency area order for the region allowing it to take special measures to ensure safety and protect property.