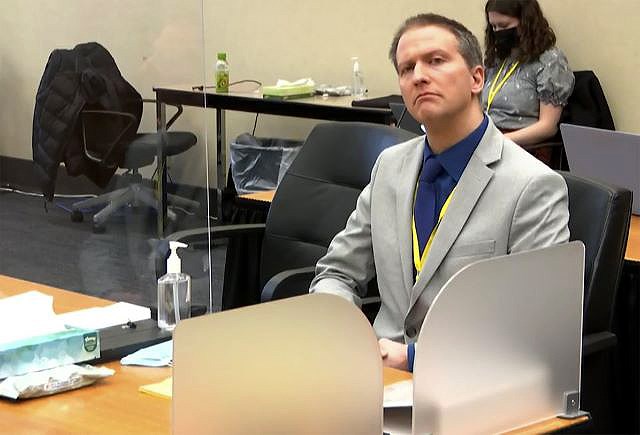 In this image from video, former Minneapolis police Officer Derek Chauvin listens as his defense attorney gives closing arguments in the courthouse in Minneapolis, Minnesota (Court TV via AP, Pool)

MINNEAPOLIS — A jury has found former Minneapolis police officer Derek Chauvin guilty on all three charges related to the death of George Floyd in May of last year.

The officer had pinned the handcuffed Floyd to the ground with his knee on his neck and back for about 9 1/2 minutes while the man repeatedly said "I can't breathe."

Chauvin was taken into custody immediately after the verdict.

Sentencing is expected to take place in eight weeks.