THUNDER BAY -- The head of the Northwestern Ontario Sportsman’s Alliance would like to see the Ontario government step up its game to protect the province’s moose population.
Jan 21, 2015 4:49 PM By: Leith Dunick 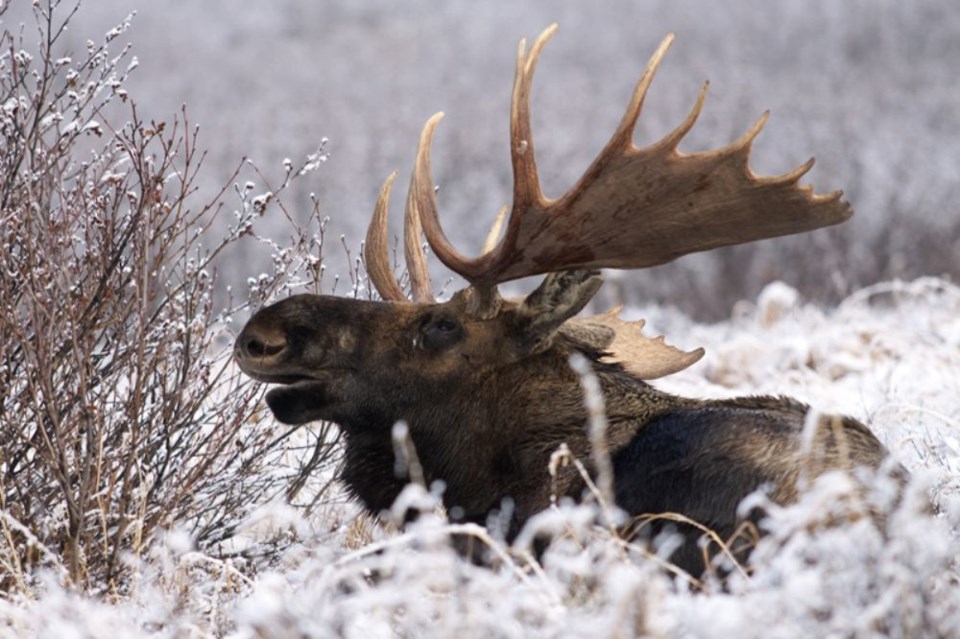 The head of the Northwestern Ontario Sportsman’s Alliance would like to see wolf-incentive programs to help cut the number of moose predators in the province. (iStock photograph)

THUNDER BAY -- The head of the Northwestern Ontario Sportsman’s Alliance would like to see the Ontario government step up its game to protect the province’s moose population.

John Kaplanis on Wednesday said simply reducing the number of hunting tags clearly isn’t working. Moose numbers are down more than 30 per cent across Ontario, and have been nearly halved in the Thunder Bay area in the past several years.

It’s getting to a critical point, Kaplanis said, blaming an increase in predators for the drop in numbers. The solution, as he sees it, is to do more to control the wolf and bear populations, especially in areas where moose are being hardest hit.

“We’d like to see more predator controls in the form of spring bear hunting, and it seems like the ministry (of Natural Resources) is moving toward that direction with the pilot bear control project. So that’s an encouraging step,” Kaplanis said.

“However, on the wolf predation front, there’s not much really being done.”

Kaplanis said NWOSA is recommending the introduction of a trapper-incentive program.

“Manitoba did a similar thing, specifically to assist their moose management challenges years ago. It’s a tool and we’d like to see the MNR use more tools than simply reducing tags for moose hunters.”

In Manitoba wolf seasons were extended in several hunting areas, with the tag limited increased to two wolves per licensed hunter.

Kaplanis said without new initiatives put in place, the worst-case scenario is a moose population that mirrors Minnesota’s, where the moose hunt was cancelled in two years ago after the animal’s population declined 52 per cent between 2010 and 2013.

“We just want to remind the MNR to get on topic with these other issues,” Kaplanis said. “It’s time to roll up our sleeves and get to work and employ these tools in the short-term, not the long-term. We don’t feel the moose have the advantage of time to turn this population decline around.”

Last year the MNR slashed the number of moose tags by 18 per cent, including an 88 per cent decrease in the number of tags issued in the Thunder Bay and Dryden areas.

According to the MNR, between 1980 and 2007, the province’s moose population increased from 80,000 to 107,000. Kaplanis, who took part in an MNR-sponsored workshop late last year discussing the moose population, said those numbers have since dropped to between 80,000 and 85,000.