THUNDER BAY -- If the NDP and its leader, Tom Mulcair form the next Government of Canada, Shoal Lake 40 First Nation will have an all-season road to the TransCanada Highway.
Jul 26, 2015 4:41 PM By: Jon Thompson 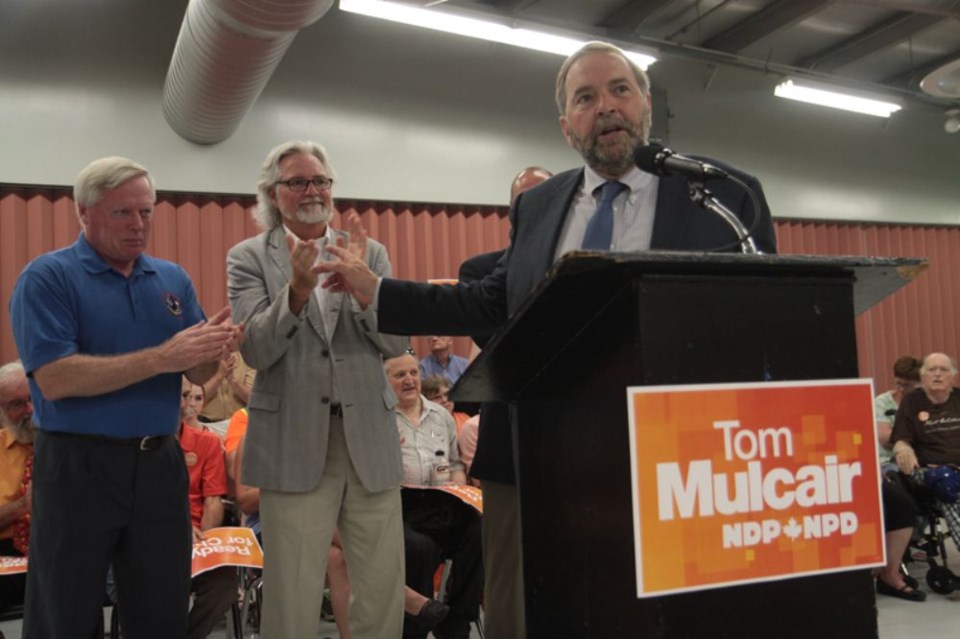 THUNDER BAY -- If the NDP and its leader, Tom Mulcair form the next Government of Canada, Shoal Lake 40 First Nation will have an all-season road to the TransCanada Highway.

Mulcair made the commitment at a campaign-styled rally in Thunder Bay on Sunday.

“Unlike Stephen Harper, we will not turn our backs on responsibilities we have when it comes to First Nations. Those communities will see an NDP government as a reliable partner,” Mulcair said.

“We will not turn our backs on the people of Shoal Lake. An NDP government will commit to paying the Government of Canada’s share for the Shoal Lake Freedom Road.”

The First Nation on a peninsula west of Kenora was cut off from the mainland in 1914 when the land was expropriated to build an aquaduct that would bring Shoal Lake's water 150 kliometres to Winnipeg by pipeline.

Many Shoal Lake 40 members have since fallen through the ice and drowned as they've crossed the channel to the mainland during the freeze and thaw.

Ironically, the First Nation has also been under a boil-water advisory for the last 18 years.

Pressure has been rising in Winnipeg and Manitoba to reconcile what Amnesty International, the Council of Canadians and the Canadian Museum of Human Rights have called human rights violations.

Winnipeg and Manitoba have each committed to fund a third of "Freedom Road," a 28-kilometre, all-season route between the community and the TransCanada Highway. On June 25, those leaders met Kenora's Conservative MP Greg Rickford in Shoal Lake but instead of committing to the federal share, Rickford re-announced a commitment to fund a study for the road.

Then on July 4, Liberal leader Justin Trudeau announced hat his party would fund the federal share of the Freedom Road if it leads the next Parliament.

At that time, Shoal Lake 40 Chief, Erwin Redsky was clear that while he was flattered by all the attention his community is receiving, he will work with whomever forms the next government, regardless of political stripe.