Elimination of Labour Day a sticking point as the City of Thunder Bay looks to tighten its fireworks rules.
Jun 17, 2021 6:12 PM By: Ian Kaufman 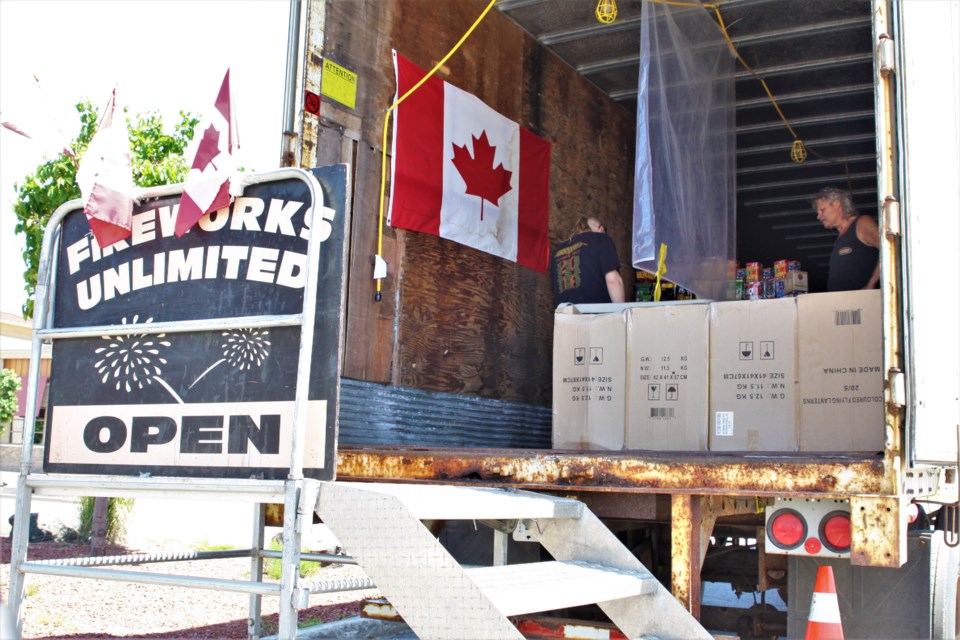 THUNDER BAY – New rules significantly curtailing the number of days on which fireworks can be set off in Thunder Bay are drawing a mixed reaction from local vendors.

The changes preserve the biggest sales days of the year, agreed two major vendors, but the elimination of Labour Day prompted objections from one.

Fireworks will be allowed only on four occasions per year, down from a previous seven, when a new bylaw endorsed in principle by city council Monday takes effect later this year – possibly as late as October.

“I don’t think it’s going to have a major impact with us,” said Bill Groombridge of Pyroboyz.

He said the remaining holidays – Canada Day, the August civic holiday, New Year's Day, and the Lunar New Year – account for most of his business anyway.

Sales will be allowed for the seven days leading up to each of those days, with the exception of the Lunar New Year – upped from a previous six days.

Pyroboyz often hadn’t even bothered to sell fireworks before Victoria Day due to low interest, while Groombridge said customers could still stock up for Labour Day during sales in August.

Bob Hoffman of Fireworks Unlimited agreed cutting Victoria Day would bring little financial pain, though he enjoyed setting up for it.

On the other hand, he objected strongly to the elimination of Labour Day, which he said had outsized cultural resonance locally, as well as generating strong sales.

“That’s the one sticking point for me,” he said. “Thunder Bay’s a labour city.”

That change will hit his business in the pocket book, he said.

The allowed days for each occasion will also be trimmed, from three days before the holiday to just the evening before, beginning at dusk, and until 12:30 a.m. into the next morning.

Penalties for violating the city’s fireworks bylaw, meanwhile, are set to increase up to a provincial maximum of $500 for a first offence.

Groombridge said it was an unfortunate reality that some people set off fireworks irresponsibly.

“Some changes to the bylaw had to be made,” he said. “The problem that spurred this on was the people who are doing stupid things – lighting fireworks when they’re not supposed to, not paying attention to how they set up the fireworks.”

Hoffman agreed, but argued little would change under the new rules without a plan for greater enforcement, particularly in the evening hours when city bylaw officers are not on duty.

The two owners had discussions with city staff and councillors in recent months, though both were surprised with some of the rules that were eventually proposed.

“They did listen to us and took some of our advice,” said Groombridge. “Some other things they changed… I had no idea they were considering.”

Still, he said he has no major objections.

Hoffman said he would have liked a greater opportunity to comment to city council on the new rules.

Customers, meanwhile, might want to adjust to another change in the industry caused by the COVID-19 pandemic.

Groombridge is encouraging those who plan to use pyrotechnics to stock up sooner than later in the face of what he called nation-wide supply issues.

“With COVID, all of the shipping containers are stuck in China still,” he said. “All of our suppliers [in] Toronto, Montreal are sold out – huge warehouses are sold out, and they don’t expect to be getting a lot of replacements over the course of the summer.”