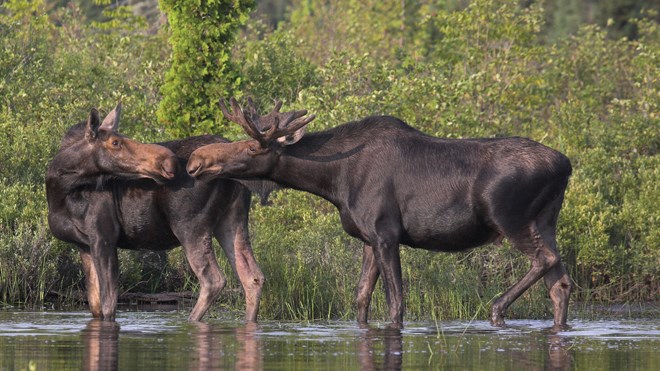 TORONTO — The provincial government has set up a new committee to provide advice on management of the province's moose herd as well as other big game including deer, black bear and elk.

The group's initial task will be to develop recommendations on moose management, with a focus on how quotas are developed and how tags are allocated to hunters through the draw.

"We have heard concerns from hunters that the current approach, specifically the moose tag draw system, is not working for hunters or ensuring sustainability," Yakabuski said.

"We're acting on those concerns and delivering on our promise to make life easier for Ontario's hunters, while ensuring sustainable populations" of animals, the minister added.

The names of the committee members were not immediately disclosed, but the announcement stated that they include people with diverse knowledge and experience in moose management and quota review, hunting, tourist outfitter operations and previous involvement in wildlife advisory committees.

They will begin their work immediately, with dates already set for six "listening sessions" around the province, including Thunder Bay on May 29 and Dryden on May 30.

Last year, prior to the provincial election, the Northwestern Ontario Sportsmen's Alliance accused the MNRF of inflating the estimated moose harvest in the region, in part because it lacked sufficient data.

It said the ministry tended to be overly cautious, and that this was a key reason for recent reductions in the number of moose-hunting tags that were issued.