Kyle Lansdell, the provincial appointee who joined the board last December, said due to his role as an ER doctor and increasing demands related to COVID-19, he can no longer dedicate the time needed to serve on the board
Sep 15, 2020 5:58 PM By: Doug Diaczuk 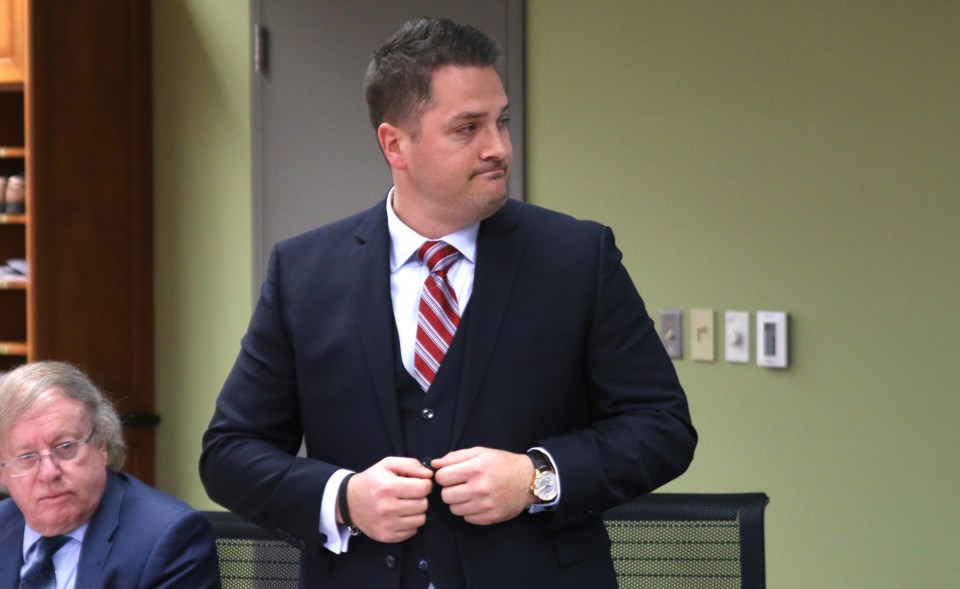 THUNDER BAY - The most recent appointee to the Thunder Bay Police Services Board has announced his resignation, which will take effect next month.

Kyle Lansdell informed the Thunder Bay Police Services Board of his resignation during Tuesday’s meeting.

As an emergency room doctor, Lansdell said his obligations as a physician have expanded during the COVID-19 pandemic, which he must be able to accommodate.

"I believe there is significant and meaningful work to be done at this board table, and it therefore requires and deserves someone who has the capacity to dedicate themselves fully to it," Landsdell said.

Lansdell was appointed last December as the provincial member of the board, a seat that was vacant since March 2019 when previous member John Cyr was removed by the province after letters written by Cyr and published in local media expressed support for comments made by Senator Lynn Beyak.

Police Services Board chair, Georjann Morriseau, said she is hopeful the process for finding a new provincial appointee will not be as drawn out.

“I have my concerns,” she said. “I will try to remain optimistic in the face of the realities today. I am hoping it’s not going to take months to get done. I’m hoping this is something that can be completed in a short period of time.”

With Lansdell stepping down, the board will be left with four members, which Morriseau said could result in more tied votes. But she thanked Lansdell for his service to the board and for providing forewarning of his coming departure.

“I know he was in touch with the Solicitor General and they are aware of the situation,” she said. “Hopefully we are able to go through the reappointment process relatively soon, otherwise it does leave us a board member short.”

Lansdell will continue to serve on the board until Oct. 31 when he officially resigns.