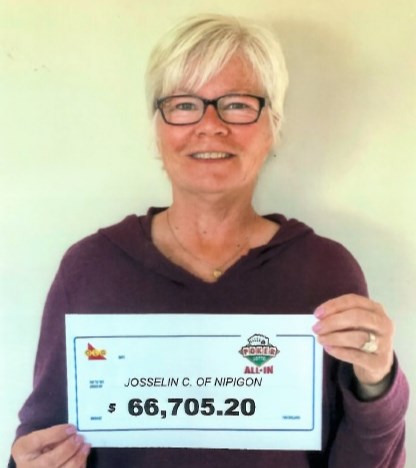 Nipigon’s Josselin Clearwater went all in to win OLG’s Poker Lotto All In jackpot worth $61,700.20 on April 30.

Clearwater said she realized she won something when her ticket showed all spades, but she didn’t know how much.

“When the amount appeared on the screen, I was very excited,” Clearwater said.

She plans to visit family and purchase a trailer with her winnings.

The winning ticket was purchased at Petro Pass on Highway 11-17 in Nipigon.