The statement of claim alleges the Northern Nishnawbe Education Council failed to protect youth who were alleged sexually abused by boarding house parent/counsellor Jack Wicksey, who passed away in 2020 before standing trial on charges
Jul 21, 2021 5:27 PM By: TbNewsWatch.com Staff 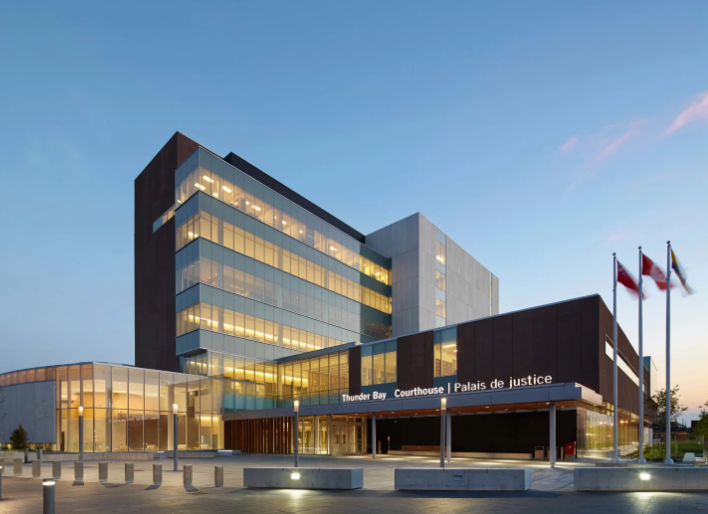 SIOUX LOOKOUT, Ont. - Six former First Nations students of an Indigenous-led educational organization have filed a multimillion-dollar lawsuit alleging it failed to protect them from sexual abuse allegedly perpetrated by a man employed by the organization who passed away before standing trial on the charges.

The lawsuit was filed against the Northern Nishnawbe Education Council by six Indigenous individuals from Northern Ontario who are seeking $1.5 million each for aggravated damages and an additional $500,000 for past loss of earning capacity and income.

The statement of claim filed in Thunder Bay Superior Court alleges NNEC is vicariously liable and directly liable for the harms inflicted upon the six individuals while in the care of the organization.

“The NNEC was in a relationship of trust and proximity with the plaintiffs, who were students sponsored by the NNEC and over whom the NNEC assumed legal guardian status when, during the material times, the plaintiffs were away from their home communities in order to further their education,” the statement of claim reads.

The Northern Nishnawbe Education Council is a non-profit organization that delivers secondary and post-secondary education programs to members of the Sioux Lookout District First Nations.

The plaintiffs in the lawsuit were either residing at one of the boarding houses operated by the NNEC or staying with another family in the late 1980s and early 1990s when they were allegedly sexually abused by Jack Wicksey, who was responsible for supervising and caring for the students.

Wicksey was first charged in 1994 with sexual crimes in relation to an Indigenous student but that student died by suicide before the matter went to trial.

Charges were again brought against Wicksey in 2015 for alleged sexual abuse against Indigenous students while working as an employee of the NNEC. Following a 2019 preliminary hearing in Sioux Lookout, a judge ruled there was enough evidence to proceed to trial on 18 counts related to all but one of the six plaintiffs and two other individuals not included in the lawsuit.

However, Wicksey passed away in 2020 and all the charges against him were stayed.

The statement of claim outlines how the plaintiffs have suffered mentally and physically as a result of the alleged abuse including feelings of blame and deep shame, alcohol and drug dependency, inability to concentrate or complete school, suicidal thoughts, inability to trust, as well as anger management and antisocial behaviours.

The plaintiffs were between the ages of 13 and 15 years old at the time of the alleged abuse and were victimized by someone who was in a position of trust and meant to act in their best interests.

Therefore, the statement of claim argues the NNEC is vicariously liable for Wicksey’s misconduct as his employer at the time because it fostered an environment of physical and psychological intimacy between staff like Wicksey and the students and he was given significant independence and discretion in how he carried out his responsibilities toward youth.

“As such, the NNEC exercised substantial power and control over Wicksey and over the manner in which he performed the duties and responsibilities that it assigned to him as a student services staff member and house counsellor/boarding home parent,” the statement of claim reads.

The statement of claim goes on to argue that the NNEC is also directly liable, as it was in a relationship of trust with the students it sponsored and assumed legal guardian status.

“These duties included protecting the plaintiffs from foreseeable harm and injury, and never putting their own or others’ interests ahead of those of the plaintiffs in a manner that betrayed the plaintiffs’ trust or reliance on the NNEC, or that it reflected a conflict of interest,” the statement of claim reads.

The NNEC breached its duties to protect the plaintiffs from harm, the statement of claim said, by failing to take all reasonable steps to investigate and verify credentials of staff, including moral character and psychiatric health, and failing to implement any or adequate training, monitoring, evaluation, or oversight to detect and stop abuse.

The statement of claim adds that the NNEC failed to inquire why youth under Wicksey’s care requested to leave before completing their school year and also failed to adequately respond to any complaints raised regarding Wicksey’s behaviours.

“The NNEC is not only liable for the aggravated damages which flow directly from Wisksey’s sexualized misconduct described herein, but is also directly liable for aggravated damages based on its failure to act in accordance with its own rules, policies, and practices, which failure contributed to Wicksey gaining access to and sexually abusing the plaintiffs,” the statement of claim reads.

A statement of defense by the NNEC has not yet been filed in court.