Quebec and Minnesota providing assistance as nearly 50 new fires were discovered over the weekend, with 155 active fires blazing in the region.
0
Aug 14, 2017 10:33 AM By: TbNewsWatch.com Staff 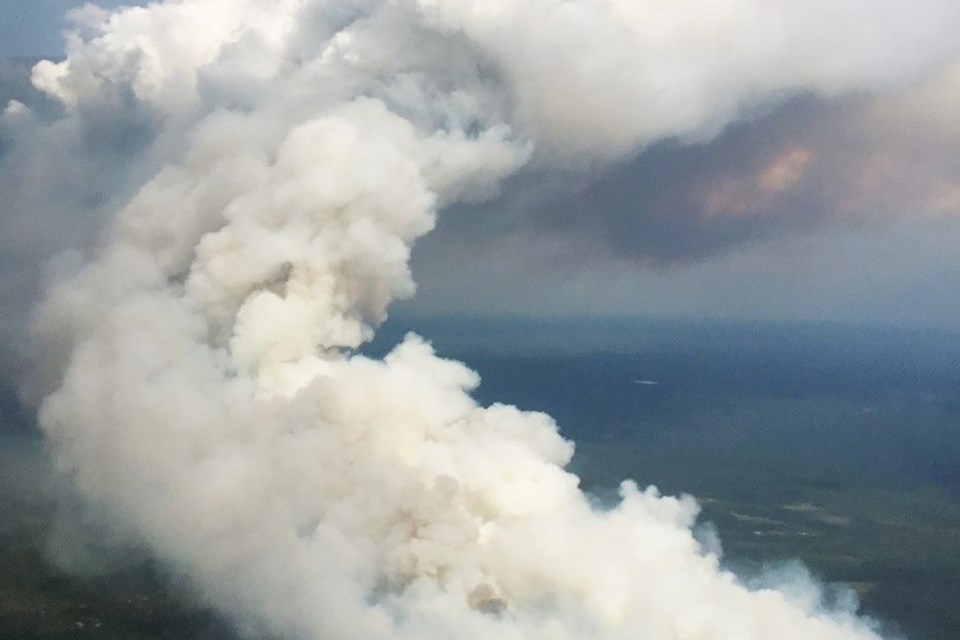 A smoke column was visible from the TransCanada highway and Nipigon as it burned in the Kama Hill Area. Aggressive air attack was carried out with four CL-415 heavy waterbombers on the fire and once it is safe, Fire Ranger crews will be positioned for ground attack. (Ministry of Natural Resources and Forestry handout)

THUNDER BAY -- Neighbouring jurisdictions are pitching in to support provincial crews as the forest fire situation in Northwestern Ontario worsens with many northern communities being affected by smoke in surrounding areas.

Residents of Nibinamik First Nation, 500 kilometres north of Thunder Bay, were evacuated to Kapuskasing via commercial aircraft due to smoke issues and a power outage.

The Ministry of Natural Resources and Forestry has established an Incident Management Team in Nibinamik to manage a complex of four fires to the north and northeast of the community.

As of late Sunday afternoon, the ministry was reporting 14 new fires in the Northwest Region, on the heels of 33 new fires discovered on Saturday. In all, there were 155 active fires in the region.

Quebec has dispatched two CL-415 waterbombers to the region, and Minnesota has provided a tactical aircraft capable of air attack or transport as required. Fire rangers have also been brought in from northeastern Ontario.

Late Sunday, the ministry noted that motorists could expect smoky conditions along the TransCanada Highway north of Nipigon due to a fire in the Kama Hill area. Armstrong residents also experienced a heavy smoke haze on Sunday due to distant fires.

In a statement, the ministry said many of the fires are occurring in close proximity to each other as a result of lightning tracking through with storm systems.

It projected that the situation will remain "volatile" for several days.

Despite the growing seriousness of the fire situation in Ontario, the province still has personnel and resources in British Columbia supporting that province in its fire emergency.

The ministry statement said this is being done "while also ensuring we have the necessary firefighting personnel here at home."