THUNDER BAY – After nine years of planning, construction of a new expansion to the NorWest Community Health Centre is set to begin.
Jul 23, 2015 2:49 PM By: TbNewsWatch.com Staff 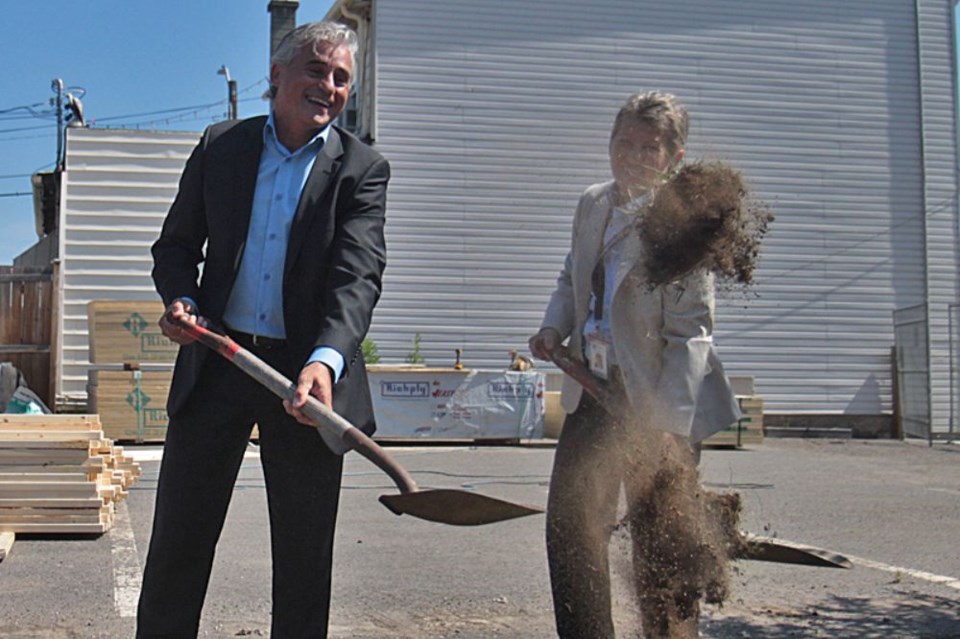 THUNDER BAY – After nine years of planning, construction of a new expansion to the NorWest Community Health Centre is set to begin.

The groundbreaking for a new two-storey wing for the Simpson Street facility was officially held on Thursday, signifying the start of what is expected to be a one-year building process.

“This project has been a long time coming,” she said in an interview following the ceremony. “It has been worth the battle and worth all the extra hours people have put in to making this happen. I’m pleased it’s finally happening.”

The expansion will allow for 16 new exam rooms, two chiropody and foot care rooms, two large rooms with work stations for the primary care staff and an education and training room with space for future growth.

The centre serves 9,000 people at the Simpson Street facility and offers a mobile program throughout the region and also operates centres in Longlac and Armstrong.

NorWest officials began the early stages of applying for the funding to expand the 22-year-old building in 2006, which Talbot said had become too small and inefficient due to high demand for services such as access to nurse practitioners and physicians but also includes dieticians, social workers, mental health staff and other medical professionals.

The provincial government announcing its support two years ago which allowed the project to progress to hiring architects to design the expansion, which will be built with wood, and to extend the tender.

“It’s a complicated building because it’s a health-care facility. We have to make sure we’re adhering to all the legislation, infection control and all the rules and orders of the day,” Talbot said.

“When you’re dealing with two levels of government – municipal and provincial – these things do take time.”

MPP Bill Mauro (Lib., Thunder Bay-Atikokan) was on hand for the groundbreaking and announced the province would contribute up to $8.4 million towards the expansion.

Mauro said community health centres have played a significant role in reducing the number of people in Thunder Bay without a primary care provider to 13,000 from 35,000 a decade ago.

“This expansion is going to allow them to build on those services and offer what is really necessary as a primary care provider in our health-care system in Thunder Bay and the district.”

The expansion to the community health centre comes a month after Premier Kathleen Wynne and her government announced $47 million for the expansion of St. Joseph Hospital and health minister Eric Hoskins committed to bringing cardiovascular surgery to the Thunder Bay Regional Health Sciences Centre.