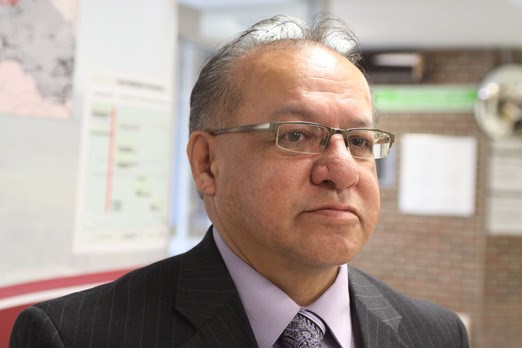 Thunder Bay now has its own Ring of Fire office.

"I think this is a big step in establishing our presence here in Thunder Bay and helping to work directly with many of the local First nations communities," said Christine Kaszycki, the province’s Ring of Fire coordinator.

She said the office, which officially opened Thursday afternoon, will provide more direct access to support from the Ring of Fire secretariat. It’s located in the Service Ontario building on James Street.

There are many ministries, government departments, First Nations communities and industry companies interested in the development of the Ring of Fire area said director of Aboriginal community and stakeholder relations Harvey Yesno said their key role is going to be coordinating the information sharing and engaging the different parties so they can gain any benefits and prepare for the various stages of development.

"One of the things I’m doing is meeting with various parties to get an understanding of what their thinking is around," said Yesno. "A lot of people are talking about participating in different ways."

Matawa First Nations is preparing by developing its peoples’ skills and through education, said Yesno.

"Others are thinking the same thing," he said. "They want to position their community to be ready for the development so that they can take advantage, whether it’s employment or business opportunities."

The first four members of the Ring of Fire Advisory Council were also announced Thursday.
In addition to Lake Huron Anishinabek Transmission Company CEO John Beaucage, Laurentian University president Dominic Giroux and Ontario Mining Association president Chris Hodgson, former Confederation College president Pat Lang was appointed to the council, which will give external advice on the development of the Ring of Fire.

Lang said she believes she was asked to be part of the council because of the commitment the college has to assist the First Nations communities in the development of the Ring of Fire.

"I really believe that we have an opportunity here to make a different for a large number of people," she said. "That’s always been our commitment in education."