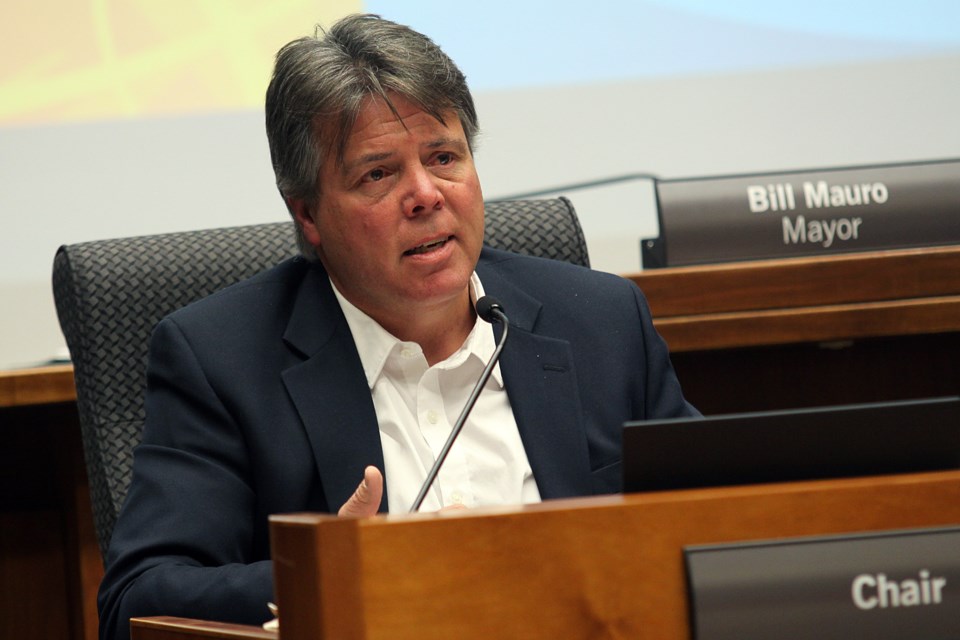 A motion from Coun. Mark Bentz would open the multi-use turf facility to proposals. (File photo)

THUNDER BAY – City council will consider opening the controversial indoor turf facility project to proposals from the private sector, after a design developed by the city proved too costly to gain majority support.

Private companies and other organizations would be invited to submit their own plans to build an indoor sports complex, if a motion put forward by Coun. Mark Bentz is passed on Monday.

The motion would keep Chapples Park as the “preferred location” for the facility, but allow proposals to put it elsewhere under an expression of interest (EOI) process. Proposals for short-term solutions would also be considered, while Bentz said Friday proponents could also suggest joint financing options with the city.

In a memo to council, Bentz said outside entities had been approaching municipal decision-makers since councillors voted 7-5 in March not to award a recommended $39 million tender to build the indoor turf facility.

“Since the cancellation of the tender process, council and administration have received unsolicited proposals that I believe should be explored to ensure that we are providing this service in the most cost effective manner; partnerships may provide this option.”

The issue has split council, with most councillors expressing strong support for the project in principle, but a slim majority balking at its cost, particularly during the COVID-19 pandemic.

The project’s real cost to the city was estimated at $46 million over 25 years, thanks to interest payments on a $16.6 million debenture necessary to fund it.

Turning to the private sector and potential partnerships could unearth creative ways to cut that figure to a more acceptable level, Bentz said.

“It’s a way to lower costs, lower risks, and just provide a better all-around service at a more affordable cost, and I think that’s what the city is looking for," he said.

Several councillors expressed interest in the possibility of locating the indoor turf facility adjacent to the Canada Games Complex at an April meeting to consider the project’s future, hoping the move would trim costs and create a recreational hub.

A report on possible next steps for the project is expected from city administration in the fall. Bentz said his motion could strengthen that process by putting more options on the table. Administration is currently barred from entering discussions with third parties over the indoor turf facility.

“All I’m looking for is the maximum amount of options to be placed in front of council come this fall," Bentz said.

The motion would direct administration to report back to council on the expression of interest process by June 14.

The at-large councillor said he's open to considering an option floated by Coun. Brian Hamilton to rebuild the soccer bubble at the CLE. That dome collapsed in 2016, leaving thousands of indoor soccer players without a venue.

“I’m interested in providing capacity at an affordable price," said Bentz. "We’re in a difficult time now, we have financial unknowns. If a bubble provides the capacity… I’m for that.”

Note: This article has been updated to include comments from Coun. Mark Bentz.