Over 2,000 evacuated due to fire in Northwest

Three First Nations north of Red Lake evacuating, others on alert as firefighters arrive to assist from Mexico.
Jul 16, 2021 5:48 PM By: Ian Kaufman 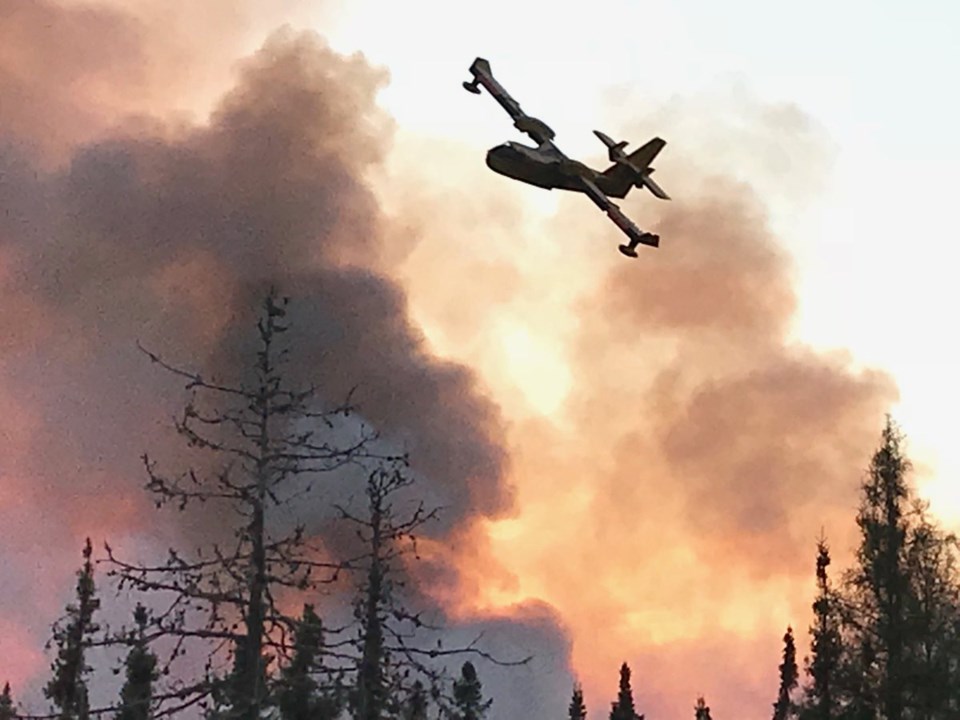 “We’ve seen some slightly less extreme fire behaviour in the north of the Red Lake District over the last couple of days, which has kept those fires reasonably stationary,” said fire information officer Chris Marchand. “They’re still growing in size, but not at a rate that’s too alarming.”

However, evacuations were ongoing as high to extreme fire hazard persisted across the region with little relief in sight.

The Poplar Hill evacuation was listed as complete by the province, while the two others remained ongoing.

The Ministry of Northern Development, Mines, Natural Resources and Forestry announced an implementation order for the Red Lake District, restricting access to a number of roads due to fire.

That includes the North road, Pineridge Road, Suffel Lake Road, Iriam Road and the portion of Longlegged Road west of the junction of Conifer Road and Longlegged Road, said the ministry.

A map of the restricted areas can be viewed online.

That joins an existing order in the Kenora District impacting Werner Lake Road.

Two other First Nations where initial evacuation preparations began due to proximity of fires earlier this week have not had to evacuate.

The province said it was supporting contingency planning for Bearskin Lake First Nation, but based on the current risk level, said the community had decided to shelter in place. Air purifiers were scheduled to arrive Friday to help mitigate smoke impacts.

Meanwhile, the MNDMNRF reported no imminent threat to Sachigo Lake First Nation, saying the community has not requested any assistance.

The municipality of Red Lake also remains on alert for potential evacuation.

Marchand called the arrival of around 100 firefighters from Mexico “a much appreciated contribution” to the province’s work fighting Northwestern Ontario wildfires.

They will join 100 four-person Ontario fire ranger crews already deployed in the region, along with 25 contracted crews, four CL415 water bombers and six overhead staff from Quebec, and nine firefighters from Wisconsin.

“So many provinces and territories are busy with their own fires that they’re unable to help each other,” he said. “There doesn’t seem to be a lot of relief in sight, and every agency from Ontario westward… is busy right now, and B.C. and Ontario are probably the busiest.”

There were no additional requests yet for more international support, but he believed the province would be forecasting continued crew shortages.

The province will reimburse Mexico for firefighting costs.

It’s increasingly common in recent years for Canada to request international fire assistance, said Connors, a trend he attributed at least in part to climate change.