Affected homeowners may be eligible to file damage claims for repairs.
Feb 3, 2020 12:54 PM By: Gary Rinne 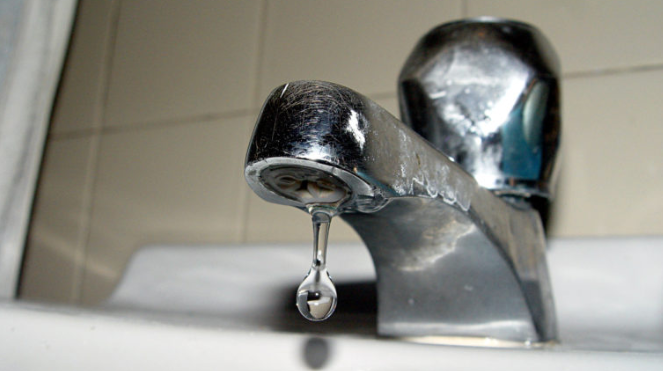 THUNDER BAY — City officials were caught off guard when reports of pinhole leaks in household water pipes started to come in a few months ago.

It took them awhile to conclude the leaks might be connected to the use of sodium hydroxide in the water distribution system.

On Friday, the city announced it is suspending the practice and evaluating other ways to reduce lead levels in the water systems of thousands of homes.

The chemical was introduced in 2018 to control corrosion and reduce lead levels in older homes which have lead service pipes or internal lead plumbing.

A pilot study initiated by the city in 2016 with the approval of the province showed that sodium hydroxide was effective in reducing levels at the tap.

Until recently "We've never had reports of pinhole leaks coming to our department at the water authority," says Environment Division director Michelle Warywoda.

In an interview Monday, Warywoda said she didn't have immediate access to the exact number of complaints the city has received.

It's not only private homes that have been affected. One of the leaks occurred at the Canada Games Complex.

"When we started getting these, we said 'OK, this is different.'  We took notice, and so right now we are making the change to go back to the way the drinking water was a couple of years ago prior to the addition of the sodium hydroxide," she said.

There have been no signs to date of any damage to pipes within the city-owned portion of the water distribution system.

Most of the reported leaks have occurred in copper pipes.

Asked if the city will cover the cost, Warywoda said "there's no outright payment for this," but noted the city has an established process for handling various kinds of damage claims.

Thunder Bay is the first Ontario municipality to report to the Ministry of Environment, Conservation and Parks that sodium hydroxide may be responsible for this kind of problem.

"This is kind of new for us in Canada," Warywoda said, but she added that she now understands pinhole leaks have occurred in some cities in the United States which use sodium hydroxide.

While the city considers an alternate treatment plan, owners of the nearly 9,000 homes in Thunder Bay with lead service pipes will be provided with water pitchers equipped with filters to remove lead.

City officials have decided that it's not practical to provide filters to attach to all the different kinds of taps that are in use in homes across the city.

Affected homeowners will receive a letter in the mail in the next week or so with more information.

It's not clear yet whether or how the city's water rates might be impacted by any revised treatment plan.

"We will look to see what other type of corrosion control methods are available. We're reviewing our plan, and then we'll present those to city council," Warywoda said.

Some municipalities use orthophosphates, which form a protective coating inside water pipes to reduce corrosion and the leaching that can result in lead being transferred into the water supply.

Border Cats home opener scheduled for May 31
Dec 1, 2020 3:35 PM
Comments
We welcome your feedback and encourage you to share your thoughts. We ask that you be respectful of others and their points of view, refrain from personal attacks and stay on topic. To learn about our commenting policies and how we moderate, please read our Community Guidelines.
The latest on COVID-19 Local and global updates →