Police board chair criticizes mayor at board meeting

Thunder Bay Police Board Chair Celina Reitberger said she disagreed with Mayor Bill Mauro's comments at last Tuesday's town hall and wants Mauro to distinguish his platform when speaking to the public.
0
May 21, 2019 3:11 PM By: Michael Charlebois 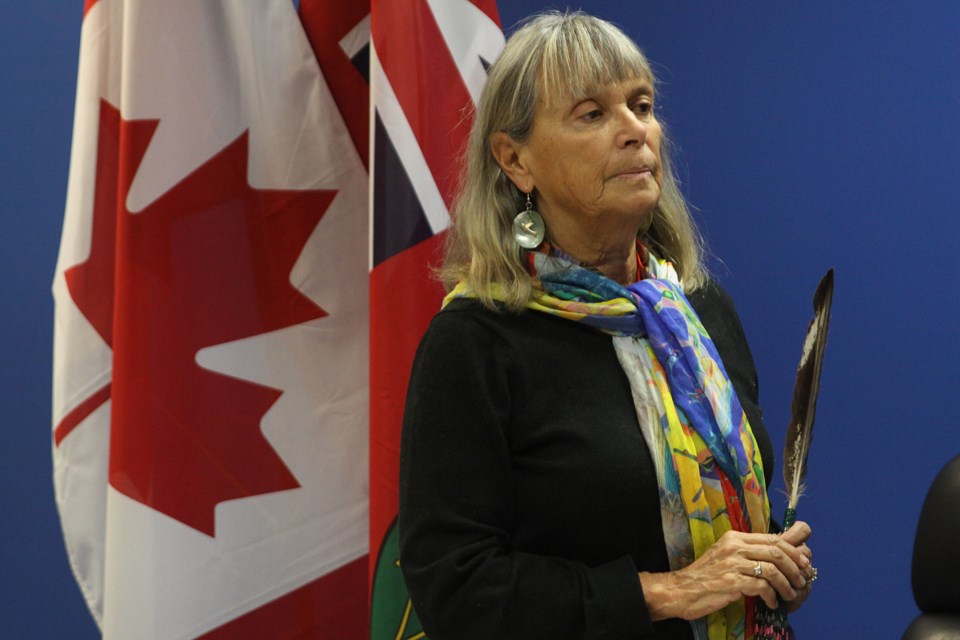 Celina Reitberger during her appointment to the Thunder Bay Police Services Board. (File photo)

At his townhall meeting, held last Tuesday at the Victoria Inn, Mauro fought back against the city's growing negative reputation, particularly in regards to last year's Office of the Independent Police Review Director and Ontario Civilian Police Commission reports, and the negative light they shed on the city.

“(The mayor) is walking a fine line,” Reitberger said before the meeting began. “And I applaud him for being a cheerleader for the city. For caring for the city. I’m just thinking he has to tread carefully."

“As chair of the board, I am here to make sure we move forward, hopefully in a cohesive way.”

Reitberger’s comments came from a position where she did not agree with what the mayor had said at the town hall and received feedback from Indigenous people who were unhappy with the mayor’s comments.

“My vision is summed up in two words: inclusive policing. I just wanted to set the stage and I hope you’re OK with that,” said Reitberger addressing the mayor.

While Mauro did not respond to Reitberger initially, he did after the meeting concluded.

“I think there’s a way to do that. An appropriate way, and in an inappropriate way. We all have our opinions on how we are all conducting ourselves. I think there was a place and a time for it, and I don’t think that was it.”

When asked about the comments following the meeting, Reitberger said it’s important for Mauro to be transparent about which platform he is speaking from when addressing the public.

“I think it’s important to distinguish between what is being said by someone who is a member of the Police Service Board, but is not speaking on behalf of the board,” she said. “If I suddenly have an idea and have a press conference and it’s not on all fours with what the board is saying, I have to be very sure I point that out.”

Mauro addressed his distinction between mayor and police board member by saying, “Nothing I said that night was a reflection on the board or about the board.”

Last Tuesday’s town hall was Mauro’s first since being elected in October 2018. Over the course of two hours, Mauro addressed the potential of an indoor artificial turf facility, city budget, and provincial funding, but his most impassioned moments came during his defense of the city’s reputation.

"It drives me crazy having to listen to and fight back against the perception of our community that is being created on the national stage," Mauro said at the town hall.

"I say, 'Look, I acknowledge the problem but don't make it seem as if Thunder Bay is any different than anybody else. We all have the same problems, pretty much. This idea that Thunder Bay is somehow worse than everybody else and that we're the hate crime capital of Canada, the murder, it's just taking these stats to sell newspapers and it drives me insane. I've been criticized by a lot of people for standing up and fighting against that.”

“We’re trying to build a collaborative approach here and anything that polarizes board members amongst themselves is only going to take away from moving forward. I felt like it was important to say that,” Reitberger said on Tuesday. “I called it the elephant in the room in my original speech.

“I didn't want to turn this into a ‘he said, she said,’ or make it more polarizing than it already was. It was sort of like ‘OK this happened but we’re going to move on in a positive way. So that is my mantra.’”