Liam Slipperjack, 18, has been identified as the victim of a violent assault on Limbrick Street. Two suspects are in custody.
May 3, 2021 11:55 AM By: Leith Dunick 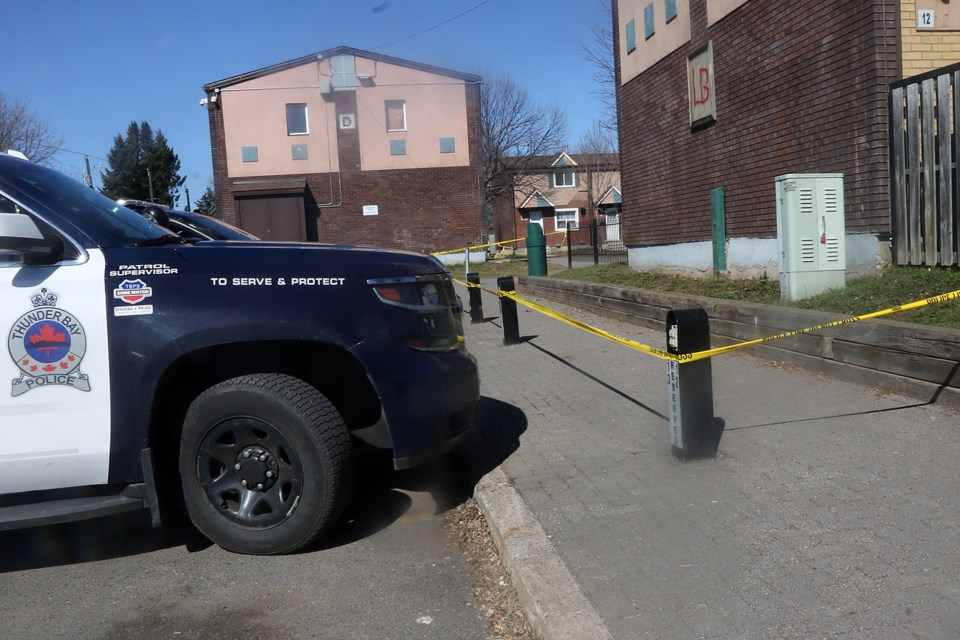 THUNDER BAY -- A teenager has been identified as the first homicide victim in Thunder Bay in 2021.

Thunder Bay Police on Monday confirmed Liam Edward Simon Slipperjack, 18, has died of injuries sustained in a violent assault that took place early Friday morning outside a public housing complex on Limbrick Street. Slipperjack died on Sunday, two days after being taken to hospital for further evaluation and treatment of his injuries.

Two suspects have been arrested and are expected to be charged with second-degree murder.

"This is tragic," said Det.-Insp. John Fennell on Monday afternoon. "I can't believe how tragic this will be to the family."

Desomond Jarrel Keewaykapow, 18, was initially charged with aggravated assault. The second suspect, a 17-year-old youth who cannot be named under the Youth Criminal Justice Act, was later identified by police and taken into custody on Monday morning. The male youth has been charged with second-degree murder and failing to comply with a sentence. He's expected to appear in court on Monday.

Fennell said the fact two people were arrested so quickly is a good sign for the investigation. It was all hands on deck, he added.

"Something like this, we put all the manpower that we have toward these investigations. We don't want anybody out on the streets who is responsible for such a crime," said Fennell, who also thanked members of the public who came forward with information that may have aided the investigation.

A post-mortem examination has been scheduled to assess the cause of death.

Police are asking anyone with information about the assault to phone them at 684-1200 or contact or Crime Stoppers at 1-800-222-8477 or online at www.p3tips.com.  The invesigation is ongoing, but at this time, Fennell said police believe the people responsible for the killing are in custody.

The charges have not been proven in court.

It's Thunder Bay's first homicide of 2021. There were eight murders in the city in 2020, the last coming more than eight months ago, on Aug. 30.

The victim of a recent assault has died from his injuries, and police are now treating his death as a homicide investigation.

Members of the Thunder Bay Police Service’s Uniform Patrol Branch were originally dispatched to the area of Limbrick Street and Redwood Avenue just before 3 a.m. on Friday, April 30 following reports of an injured male.

When officers arrived they located an adult male who had sustained serious injuries as a result of a recent assault.

The victim was transported to the Thunder Bay Regional Health Sciences Centre for further evaluation and treatment of his injuries. The victim died from his injuries on Sunday, May 2.

The victim has been identified as Liam Edward Simon SLIPPERJACK, 18, of Thunder Bay. A post-mortem examination is being scheduled.

Continued Investigation by members of the Thunder Bay Police Service’s Major Crimes Unit led to the arrest of two suspects connected to this incident.

The first suspect – Desomond Jarrel KEEWAYKAPOW, 18, of Thunder Bay – was charged over the weekend for Aggravated Assault. A charge of Second-Degree Murder in lieu of Aggravated Assault is expected following a court appearance scheduled for today.

A second suspect – a 17-year-old Thunder Bay male – was later identified by investigators. Police located and arrested the youth accused in the early morning hours of Monday, May 3.

Police have charged the youth with Second-Degree Murder and Fail to Comply with Sentence.

The youth is scheduled to appear in bail court today. He cannot be identified in accordance with the Youth Criminal Justice Act.