City police have arrested a teen in connection with an assault that was captured through social media.
Jul 13, 2018 2:22 PM By: Matt Vis 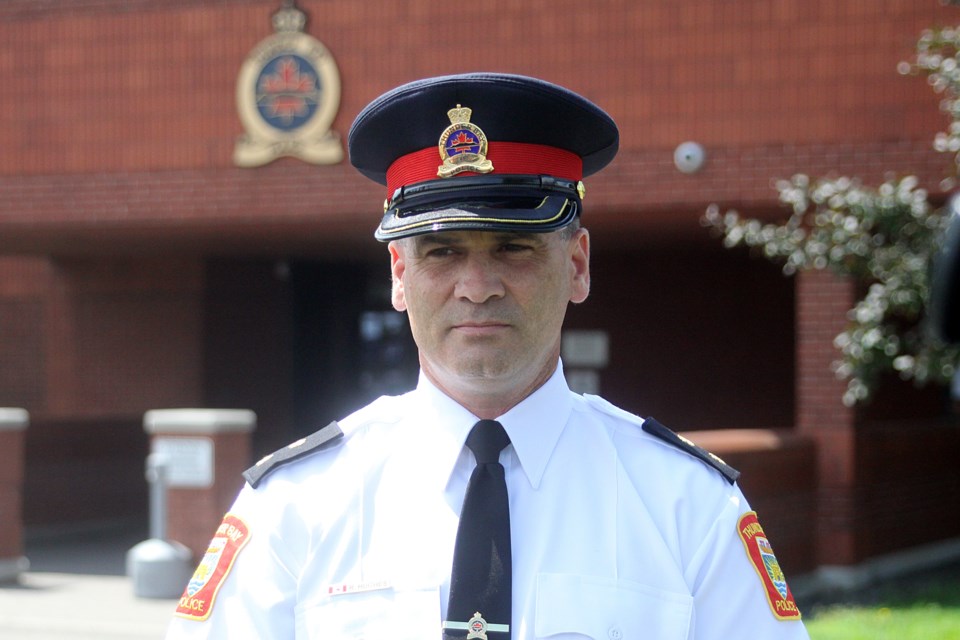 THUNDER BAY – A 15-year-old has been charged after what is being described as a hate-motivated assault for one of two cases this month where an Indigenous person was attacked, incidents a police investigator labels as “cowardly” acts.

The Thunder Bay Police Service on Friday arrested the teen, charging him with assault for an incident captured on video showing a woman being struck out on the city’s north side. Police are also seeking approval from the provincial Ministry of the Attorney General to lay a charge of willful promotion of hatred.

That arrest came one day after police announced they were investigating a separate assault at the Water Street bus terminal that left a 52-year-old man bloodied and in need of medical attention.

“It’s a cowardly act by the assailants, going up and striking two people,” Det. Insp. Ryan Hughes said. “That shouldn’t be happening. We encourage people who see that to come forward and speak with the police.”

Hughes said the incident involving the teen happened on July 3 in the area of Water and Camelot streets. Police issued a press release the next day, appealing for the victim or anyone with information to come forward.

The accused and the 27-year-old Indigenous victim were not known to each other prior to the incident, Hughes added.

“Investigators had to do a lot of background regarding who the victim was to track the victim down,” Hughes said. “The victim was reluctant to speak to police at first and officers spoke to her again and she came forward and provided a statement.”

Hughes said comments allegedly made by the accused prior to the incident lead investigators to believe it was a hate-motivated assault. He would not provide any further details on the nature of what was allegedly said, due to the case being before the courts.

Under the Criminal Code, a charge of willful promotion of hate requires public comments inciting hate "against any identifiable group." Hughes said it is a charge city police lay “not very often.”

The accused cannot be identified in accordance with the Youth Criminal Justice Act and as a result images from the incident will not be published.

Two weeks after that assault, an incident at the nearby north side bus terminal on Wednesday night left the Indigenous male victim injured, with photos showing him bleeding from the head with blood on the ground.

A police spokesperson had said it was the “early stages of the investigation” when asked if that was being investigated as a racially-motivated incident.

Hughes said these two incidents are part of a trend that police are observing.

“We’ll pull the clips off social media and the investigators will start to look into it.”