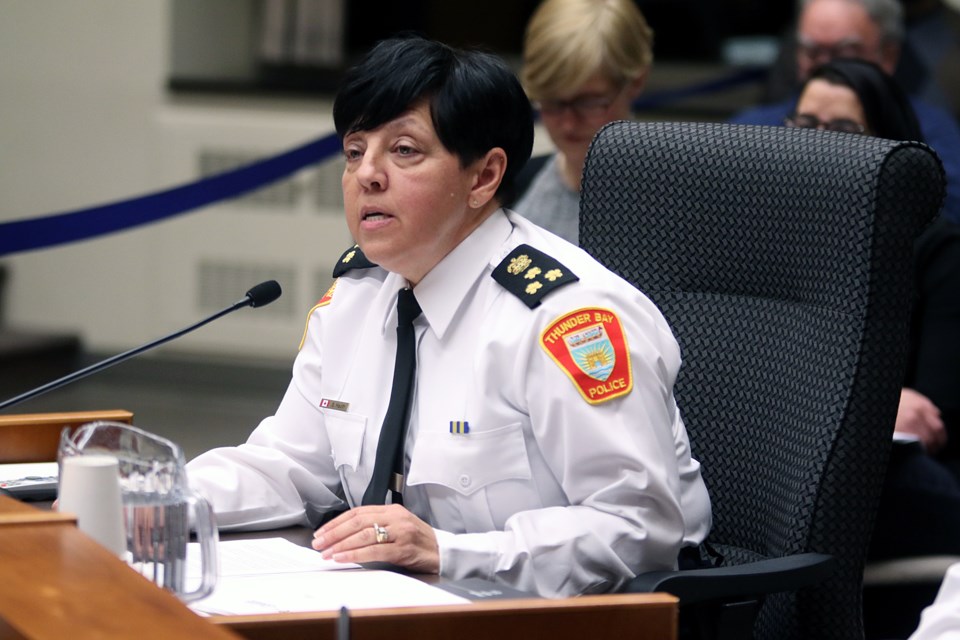 THUNDER BAY – The Thunder Bay Police Service is seeking a 2.5 per cent increase in municipal funding in 2021, with a net growth of $1.1 million largely driven by wage and benefit hikes.

The figures are contained in a proposed operating budget put forward by police chief Sylvie Hauth, which will be considered by the Police Services Board on Tuesday.

The board has the power to set operating budgets for the force, but its municipal budget allocation is determined by Thunder Bay's city council. The board can appeal to the province if it believes the city is providing inadequate funding.

The 2021 budget proposed by the force contains no increases to its staffing complement, according to a memo signed by Hauth. However, contractual wage and benefit increases for existing uniform and civilian staff will add $803,000 in expenses.

That accounts for nearly three quarters of the total proposed budget hike.

Other factors include an $80,000 boost to training to meet OIPRD recommendations, a reduction in projected user fees, and an estimated $230,000 impact from COVID-19.

The budget proposes $53 million in total expenditures, offset by around $6 million in revenues from grants, revenues from other municipalities, user fees, miscellaneous revenues, and interfunctional transfers.