Porter Airlines sets up a Thunder Bay crew base 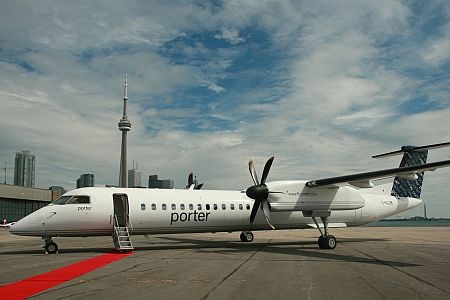 THUNDER BAY - For the first time anywhere in northern Ontario, a large commercially-scheduled airline is creating a crew base in Thunder Bay.

Porter Airlines says this will anchor at least 40 jobs for pilots and flight attendants based in the city.

The crew base is expected to be in operation as of January, 2018.

Porter President and CEO Robert Deluce says Thunder Bay is a significant northern Ontario centre that is very important to the airline's network.

"The ability to base crew there allows us to hire people who value their northern connections and also want an opportunity to fly larger aircraft to more locations," Deluce said in a statement issued Tuesday.

Porter has operated in Thunder Bay since 2008. Its aircraft currently fly up to six times daily between the city and Toronto.

Ed Schmidtke, President and CEO of Thunder Bay International Airport, said Porter's decision brings a large number of jobs to Thunder Bay "and confirms the importance of aviation in the regional economy."

The airline operates a 29-aircraft fleet of Bombardier Q400 planes configured with 74 seats.

Porter said job descriptions will be available on its website as hiring progresses.

The airline's other crew bases are in Toronto, Ottawa and Halifax.