THUNDER BAY -- Jerome Harvey says the Red Cross and his own Medical Equipment Modernization Opportunity have a lot in common.
Mar 31, 2016 12:27 PM By: Leith Dunick 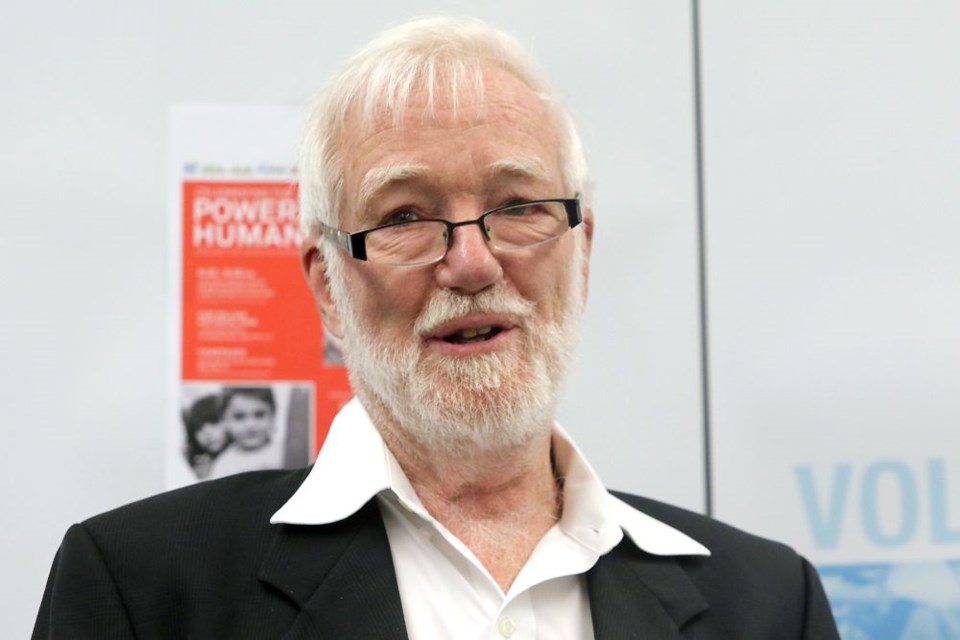 Physician Jerome Harvey will be honoured on May 5 by the Thunder Bay chapter of the Canadian Red Cross, alongside restaurateurs Bob Stewart and Tom Panzios, at the fifth annual Celebrating the Power of Humanity award ceremony at Fort William Historical Park. (Leith Dunick, tbnewswatch.com)

THUNDER BAY -- Jerome Harvey says the Red Cross and his own Medical Equipment Modernization Opportunity have a lot in common.

Both organizations work hard to help locally, but each also has a global perspective and mandate to help others in faraway places.

On May 5 he’ll be recognized by the Thunder Bay chapter of the Canadian Red Cross, alongside restaurateurs and philanthropists Bob Stewart and Tom Pazianos at the fifth annual Power of Humanity Awards at Fort William Historical Park.

“Each one of us has that ability to help, but it takes a special fire to get things moving,” said Rob Kilgour, the district branch manager for the Canadian Red Cross.

“That’s why these people are really important in our community. We really felt they were deserving, both nationally, locally and internationally. It just felt like the good thing to do.”

Harvey, whose organization on Saturday will ship its 64th container overseas, said at first he struggled when told the Red Cross had decided to give him the award.

It wouldn’t have been possible without the help of the many volunteers who ensure the cargo containers are filled to the brim and help raise the money needed to ship them.

“It took me a little while to get used to the idea,” he said. “What it means to me is the recognition of all the hard work our organization has done and the hours and hours volunteers have put into collecting equipment, repairing it, getting it ready for shipping, packing it and actually sending it off.”

Stewart and Pazianos, owners of The Keg’s Thunder Bay franchise and the Caribou Restaurant and Wine Bar, have long championed a number of local causes.

From the Thunder Bay Blues Festival to the Motorcycle Ride for Dad, to the Alzheimer Society’s Walk for Memories and the Kelly McCracken Golf Tournament, they’ve continued to give back to the community, never hesitating to get involved in a worthy cause.

The theme of this year’s celebration is Around the World and Across the Street. Stewart and Pazianos fit the latter description perfectly, Kilgour said.

“What Bob and Tom have really done is build humanitarianism into the work of what they do. That’s why they are involved with so many activities,” he said.

The ceremony will also feature guest speaker Lise Anne Pierce, the program manager for catastrophic readiness for the Canadian Red Cross, who has helped with refugee settlement in Europe and at present is helping 1,500 Syrian refugees adjust to life in Vancouver.

Tickets for the event, which will include a cocktail reception, light dinner and cash bar, are $75 and are available at www.redcross.ca/thunderbaypoh.