Natural Resources and Forestry Minister John Yakabuski says government can only look at Crossroute Forest wood allocations if the Fort Frances mill was to be sold.
Mar 26, 2019 4:30 PM By: Matt Vis 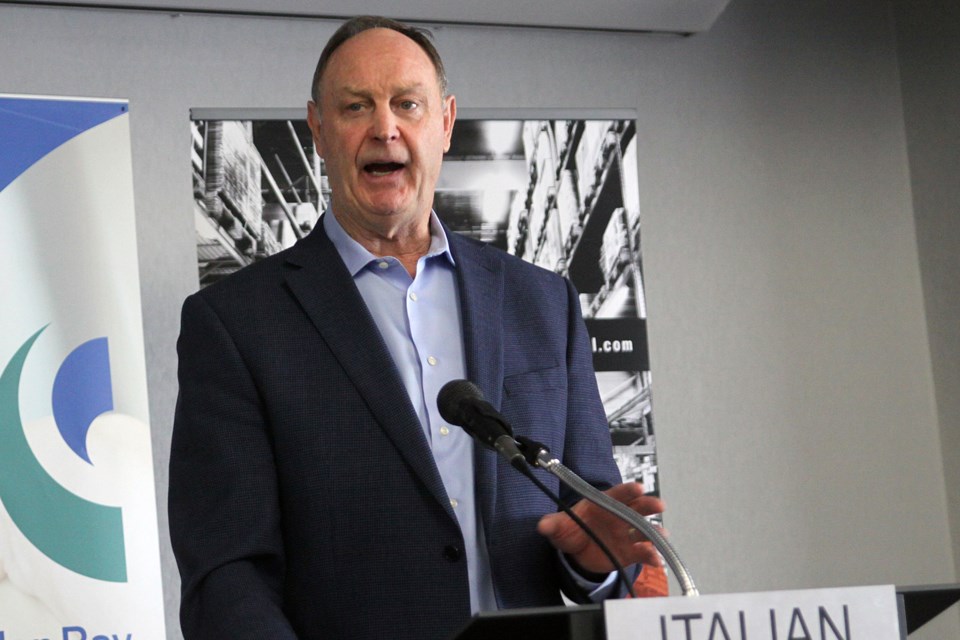 THUNDER BAY -- The provincial minister of natural resources and forestry says he would love to see the Fort Frances mill operating but insists he can't intervene in a potential business transaction between two private entities.

The former pulp and paper mill, owned by Resolute Forest Products, has been idled since 2014 but since late last year there has been a strong effort by an interested buyer to acquire and restart the mill as a kraft paper production facility.

The recently rebranded Rainy River Packaging, which was formerly known as Repap Resources Group, has been attempting to buy the mill but had a recent offer rejected last week by Resolute.

Resolute, which holds the sustainable forest licence for the Crossroute Forest that is contracted to supply the Fort Frances mill, uses wood from the forest for other regional mills and has warned that diverting that fibre could jeopardize those operations.

Responding to a question asked by NDP Northern Development critic Michael Mantha at Queen's Park on Tuesday, Natural Resources and Forestry Minister John Yakabuski said the government has to wait until there is a purchase in the mill before the issue of wood supply can be addressed.

"Should a deal be brokered together by someone who is prepared to operate the Fort Frances mill location, that is something that we would re-look at that allocation," Yakabuski said, adding the Progressive Conservative government is embarking on a new forest strategy.

"Our government would like nothing more than to see mills operating that have been closed in the north that were closed under the previous government. We would love to see them operating."

In question period, Mantha referred to a quote from then-Progressive Conservative northern development critic Norm Miller in 2014, who at the time called on the previous Liberal government to support Crossroute Forest wood allocations to the Fort Frances mill.

Resolute has indicated its desire to sell the property that would demolish the mill and redevelop the site. The Town of Fort Frances has indicated that it plans to invoke the site plan control process and require a line of credit of at least $20 million prior to the mill's demolition.

Yakabuski, who was in Thunder Bay last week to hold the ministry's fifth forestry roundtable meeting across the province, told local reporters that the decision to buy or sell the mill would have to be worked out between the two companies.

"It's not within our authority to compel parties to make a deal. It's up to parties to work together to reach an amicable position with regards to purchasing or sale of a mill, or any other asset in private business," Yakabuski said.

"If there is a deal on the mill, or any other mill, we're going to work with the buyers to develop a strategy that will ensure there's access to the fibre for that mill but we have to work within the allotments that exist out there today until we're in a position to affect that."

Minister of Energy, Northern Development and Mines Greg Rickford, who is also the local MPP for the Kenora-Rainy River riding, publicly stated last week that he felt the mill was still viable.