Pullia wants to cut immigration projection in half 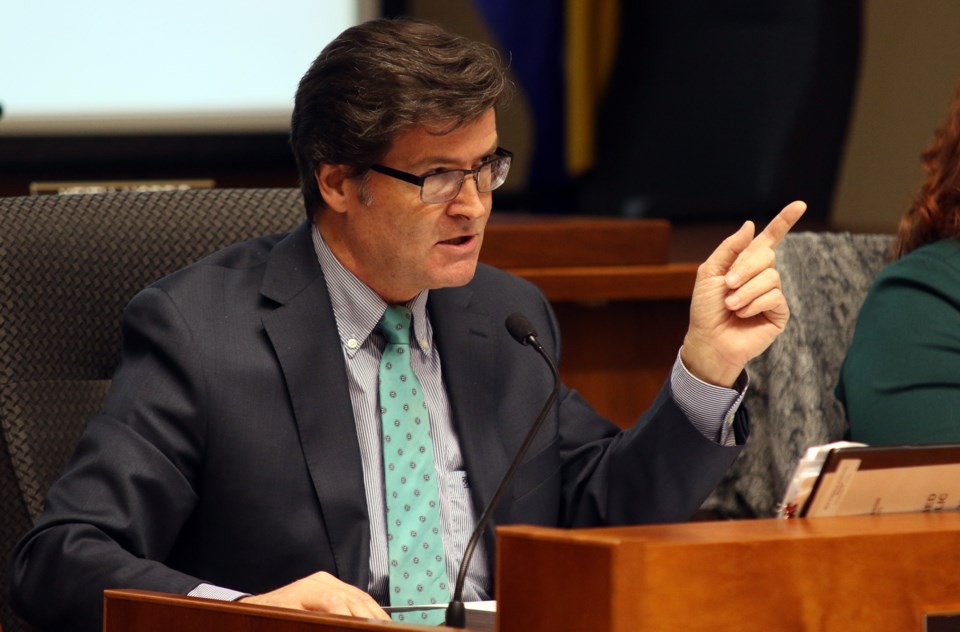 Coun. Frank Pullia believes the Thunder Bay district will need to grow 1,000 people per year to sustain the local economy, half as many as a North Superior Workforce Planning Board 2015 report projects, on which Pullia sits.

THUNDER BAY -- A city councilor who sits on the board that is projecting the Thunder Bay District needs to attract 50,000 people by 2041 to sustain its economy believes that figure should be cut in half.

Census data released by Statistics Canada last week shows Thunder Bay and its surrounding communities grew by an average of five people for each of the last five years.

That's a drop in the bucket compared to the 2,000 people the district needs to attract in each of the next 25 years, according to a North Superior Workforce Planning Board report released in 2015.

Coun. Frank Pullia believes sustaining the local economy will need only half as many births and immigrants as the board has projected.

“I don’t believe we need 50,000 people," Pullia said. "People are using that information to make it look like the sky is falling and I’m saying it’s not falling.”

The assertion the economy is contracting is based on the wave of Baby Boomer retirements over the next quarter century and the imbalance that's creating between the district's aging population and the working age population.

That population balance is known as the dependency ratio. If current trends continue, the planning board projects the Thunder Bay District will be home to 80 people who are not of working age for every 100 working age adults by 2041.

Those figures may be accurate if the economy stagnates but Pullia believes the city doesn't intend to stand still.

"It doesn't take into account what we're going to do. If nothing happens, we may need that many people under an idealistic scenario to maintain our quality of life and our dependency ratio but that's a worst case scenario," he said.

"I believe we have options but we need to start soon. We have a five or 10 year maximum and then demographics will dictate our future and I'd like to be more proactive than that."

Pullia pointed out the expected 4,000-person population drop due to death from old age over that period is similar to the economic effect of local seniors spending their winters in Florida today.

He sees population growth projections in the same light as claims a mining boom could bestow 40,000 jobs on the city. Considering a broader economic picture, the board concluded the creation of 7,000 jobs over a decade would be a more realistic expectation.

One way to stimulate that needed growth, Pullia argued, is to leverage Thunder Bay's business infrastructure to attract jobs. The city's fibre optics, for example, have yielded some business attraction success already and he sees the sector's potential to be far greater, considering its existing capacity.

The city can also look for support from the provincial and federal governments to target immigration at those strengths while local efforts are made matchmaking post-secondary students and young professionals with growing private sector employers.

“We need to be ahead of the game and start positioning ourselves intelligently, not by saying we’re booming. We’re not booming," Pullia said. "Those are motherhood statements that do nothing to move the city forward.”