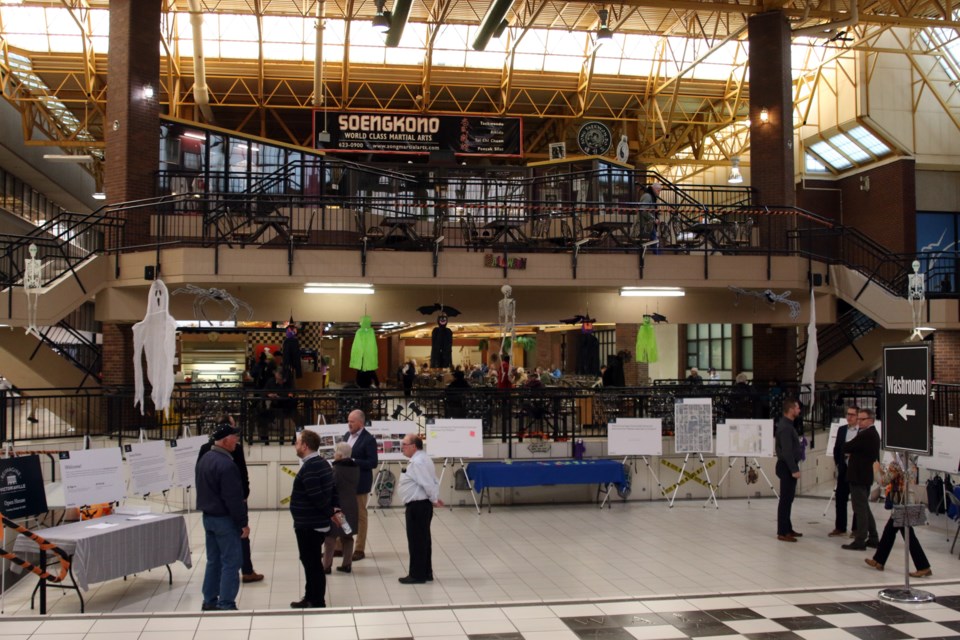 THUNDER BAY -- The project team looking into the future of the money-losing Victoriaville Centre is recommending its removal.

A first report is scheduled to be presented to city council on Monday night. Consultants looked at four options, and based their recommendation on public and stakeholder input, along with evaluation criteria.

“After evaluating the options, the project team unanimously recommends to city council that the City of Thunder Bay pursue the removal of Victoriaville Centre in its entirety in order to re-establish Victoria Avenue and create new public spaces in the Syndicate Avenue right-of-way,” said Jeff Palmer, project manager and urban planner, urban systems, in a release issued on Wednesday.

The report says the decision would cost an estimated $10.75 million, including $2.55 million for the demolition and $1 million for street improvements. Consulting costs are listed at $1.46 million and general conditions, including construction management, would cost $2.87 million.

No decision will be made on Monday night, but council will be asked to make a final decision when the report is re-presented on Oct. 19.

The recommendation is consistent with project goals and objectives, market and retail trend analysis, urban planning best practices and public feedback, all of which are identified in the report.

“Victoriaville Mall is currently running at a deficit and has been since 1980,” said Joel DePeuter, manager of realty services for the city.

“Council requested that an evaluation of development options be done, and once a decision has been made, we will proceed with the steps necessary to advance design and cost estimation.”

Other options included trying to revitalize Victoriaville as a retail destination, repurposing it to provide community activities, rather than retail activity, and demolishing the Victoria Avenue component of the facility and redeveloping what's left with new food and retail options.

The report outlines a number of reasons why it's the favourable option, including no longer having to cover the operating losses and a restoration of connectivity along Victoria Avenue. In 2015, six in eight property owners supported this option. Public plazas planned along Syndicate Avenue also have the potential of being signficant public gathering spaces.

The report says infrastructure could be put in place to allow for the hosting of concerts or festivals or patios to help support adjacent businesses. The plaza would in effect, become a town square on Victoria Avenue, usable year round.

The big disadvantage of the decision would be the loss of public indoor space and the disruption to existing businesses and community services located within Victoraville, including several City of Thunder Bay offices. The report also says the removal would not guarantee the revitalization of downtown Fort William.

A recent survey showed that 89 per cent of respondents do not feel Victoriaville Centre has improved the downtown south core and 88 per cent did not feel it provided good value for the money, given its annual operating loss.

The entire report can be viewed here.