Author says a system of Regional Districts has worked well in BC for over five decades.
Feb 28, 2021 8:32 AM By: Gary Rinne 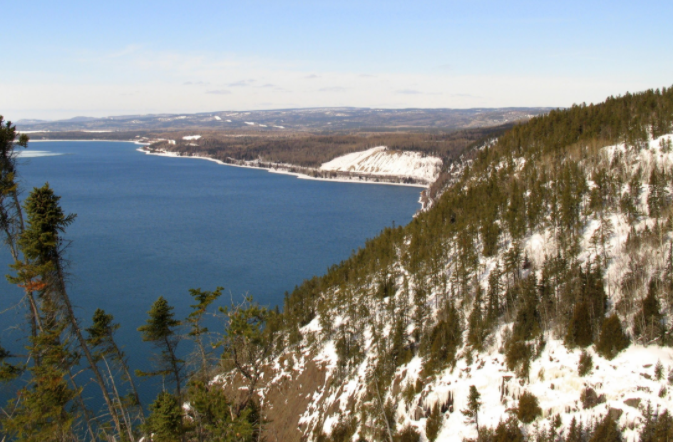 THUNDER BAY — A new report recommends Ontario take action to reorganize local governance in the north, using a model already in use in British Columbia.

The report was commissioned by the Northern Policy Institute (NPI) and prepared by Anthony Noga.

After examining the situation in other provinces, Noga liked what he saw in the Regional District local governance model implemented in BC over 50 years ago.

He feels the system – multipurpose special districts comprised of a loose federation of municipalities, unincorporated communities and First Nations –  could be tweaked to meet the specific needs of Northern Ontario.

Charles Cirtwill, president and CEO of the NPI, says the study was done because the NPI has heard a lot about "friction" between organized and unorganized areas.

"We get complaints from both sides of the boundary. On one side we have the folks living in the townships and towns who have concerns that perhaps the folks living outside their boundaries are taking advantage of services they're not contributing to. They're coming into town to use the community facilities," he said.

"On the other side we get lots of concerns around decisions being made about local planning rules, about service levels, about service charges, that really are done virtually out of Queen's Park. There's no kind of local input at all, or there's very limited capacity through a volunteer process. So it's kind of frustrating on both sides."

According to Cirtwill, some regional districts use a weighted formula, while others use a user-pay system, but essentially all decisions about services are made by local communities.

Noga's report suggests the model could be equally effective in Northern Ontario, but modified for local requirements.

It says the governance framework would be similar to that of the District Social Services Administration Boards already in place across the north.

"Regional Districts (RDs) should have few prescribed responsibilities and many permitted responsibilities...A uniform solution is impossible, so the ultimate nature of each district should be left to those who would be most affected by it."

But Noga does list several areas that should be mandatory for RDs, including solid waste management, regional growth strategies/land-use planning, and emergency preparedness and response.

No individual community should be bound to provide any non-mandatory services unless their representative on the board of directors agrees to them, the report says.

It recommends that the board be comprised of members appointed by municipal councils and participating First Nations, and elected by residents of unincorporated areas.

Noga said RDs in BC have a track record of successfully managing issues related to unincorporated areas, while leaving existing communities intact rather than absorbing them into municipal structures.

His report has been distributed by the NPI to stakeholders including regional municipalities, provincial municipal associations, politicians and Ontario government ministries.