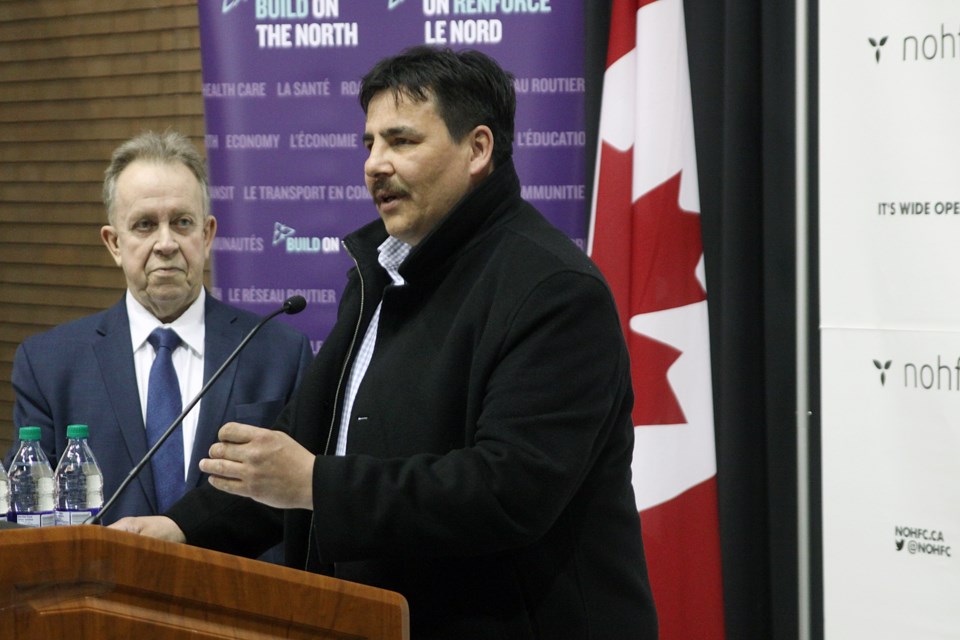 The initiatives include $2.9 million to the Northwestern Ontario Innovation Centre to complete wireless upgrades that will increase speed and capacity along with an upgraded fibre network from Thunder Bay to Marathon and another $2.9 million to Tbaytel to increase fibre service capacity in the rural municipality areas of Thunder Bay, Fort William First Nation, Oliver Paipoonge and Shuniah.

Internet connectivity is also being enhanced in remote northern communities with $2.2 million to the Western James Bay Telecom Network to improve residential connection speeds for 957 homes in Fort Albany, Kashechewan and Attawapiskat First Nations as well as $1.8 million to Keewaytinook Okimakanak for new satellite bandwidth and the installation of equipment to increase bandwidth in Fort Severn and Peawanuk First Nations.

“The more people that get online the slower that it gets,” Burke said. “Sometimes you’ll get failed emails where sometimes you have to break one email into 10 parts if you’re delivering pictures or any large content. Sometimes I’ll go to work later at night just to be able to send an email out.”

Burke said Fort Severn, which utilizes the services of the Keewaytinook Internet High School, has seen success in the number of students earning credits and graduating, including mature learners in their 50s pursuing an education to improve their future and prospects.

A stronger connection can only improve that learning, Burke added.

“Things are going to be happening a lot faster,” Burke said. “The amount of content that we’ll be able to deliver and share with the students, it’s only going to broaden the applications of what the students actually use.”

Confederation College president Jim Madder said having stronger and secure Internet capabilities in more communities gives the college the opportunity to expand their programming across the region.

Last year the college offered 24 of their 58 programs into regional communities, Madder added.

“This connectivity announcement actually allows us to reach out further, farther,” Madder said, specifically mentioning the strengthening of the network in Marathon.

“It expands it to deliver our programs into the smallest communities and actually into larger communities with a really, really solid base.”

“In today’s day and age when we really need to work in this advanced manner Internet capacity and full fibre capacity is crucial to being able to compete in the commercialized world,” Gravelle said.

“It’s all about digital infrastructure and keeping up the pace with the demands that are out there all across the world. There’s no reason why Northern Ontario can’t compete at exactly the same level as everyone else and that’s exactly what we’ll be doing.”