Thunder Bay-Rainy River MP says he hopes jerseys will serve as a reminder of importance of indoor soccer in the city.
0
Feb 2, 2018 12:29 PM By: Matt Vis 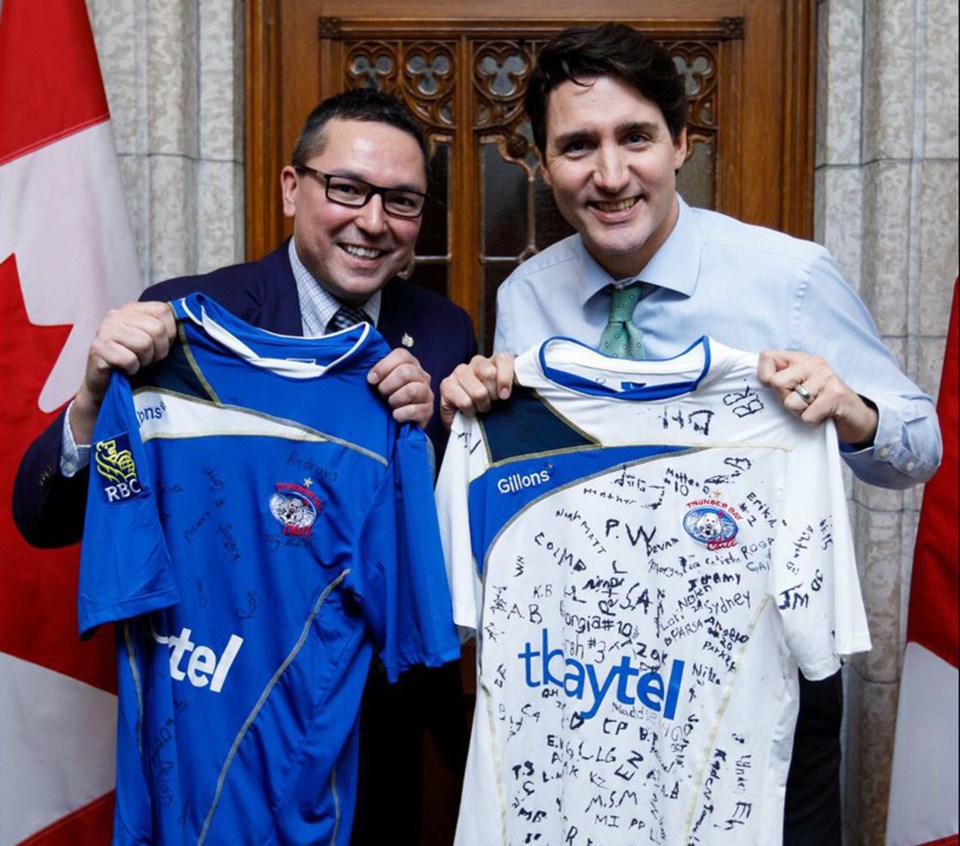 OTTAWA – The demand for an indoor soccer venue in Thunder Bay has been brought to the attention of the prime minister.

“I have been watching the youth advocate on this issue very closely over the last few months and I was blown away with their commitment and passion,” Rusnak said in a statement, adding he hopes the jerseys will serve as a reminder to Trudeau, who also holds the portfolio of minister of youth.

“I wanted the prime minister to know that we have some powerful and engaged youth in our riding, and that they should always be at the forefront of the decisions he makes as the leader of our country.”

The collapse of The Sports Dome in November 2016 significantly diminished the city’s indoor turf capacity. Youth programs and adult leagues have been affected, with some forced to cancel seasons and others resorting to playing on gymnasium floors.

Soccer Northwest Ontario has proposed a new facility that would include one FIFA regulation sized pitch, which could be divided into two or four smaller fields. City administration has most recently projected the cost to be in the range of $27 to $30 million.

A number of youth players gathered outside city hall last month when plans for the facility were presented to council, advocating for support of the new venue.

City officials have met with FedNor and Northern Ontario Heritage Fund Corporation representatives within the last couple of weeks to discuss the proposed project.