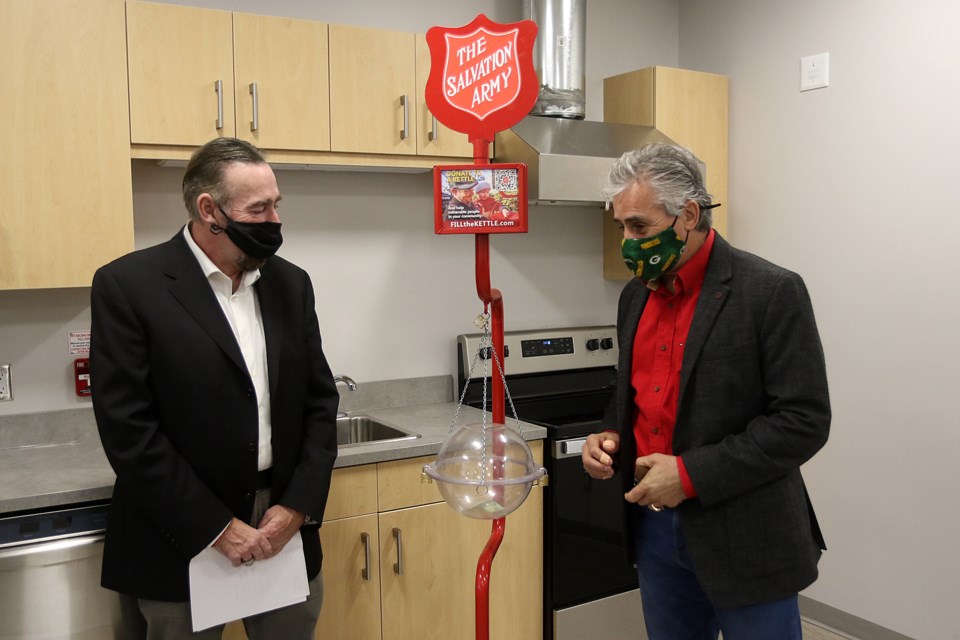 THUNDER BAY – The Salvation Army has set an ambitious $220,000 goal for its annual Kettle Campaign in Thunder Bay.

Gary Ferguson, executive director of the organization’s Journey to Life Centre, said the need in the community has not lessened with the arrival of the pandemic. If anything, it’s grown.

He’s hopeful residents of the city will continue to support the drive, which helps fund a variety of programming throughout the year, including a nightly soup van.

“The goal is extremely important to keep the essential programs we are doing in the community, as you see, the beautiful new facility that we have, the shelter that we provide, the soup van, the breakfast program and all the other outreach that we actually do,” Ferguson said, adding they also provide a walk-up food bank.

Given the situation, Ferguson said he knows it could be tough, for a variety of reasons, to this year’s goal, which matches their 2019 target.

“It’s always been something that we have considered,” Ferguson said on Thursday, launching this year’s campaign.

“But we have faith that the community is a very giving community and they realize the very charitable work the Salvation Army does and we’re hoping they’ll come through again.”

Like most organizations, this year’s campaign will have a slightly different look.

Volunteers will be out in full force at locations around the city, including Intercity Shopping Centre, Superstore and Walmart, but will step back to a safe distance when someone steps up to donate. They’ll also sanitize the clear, plastic kettles between donations, to avoid any potential spread of COVID-19.

With the potential lockdown of stores looming once again as cases rise in Thunder Bay, which is expected to move from Green to Yellow on Friday via the province’s COVID-19 restriction chart, Ferguson said they’ve also got an online option for those who choose to stay at home or aren’t comfortable donating in person.

Volunteers are still needed to collect donations around the city and anyone interested should phone 345-6492.