THUNDER BAY -- An ocean vessel that arrived Tuesday became the second ship to ever cross the local port's breakwall before April.
Apr 1, 2016 3:12 PM By: Nicole Dixon 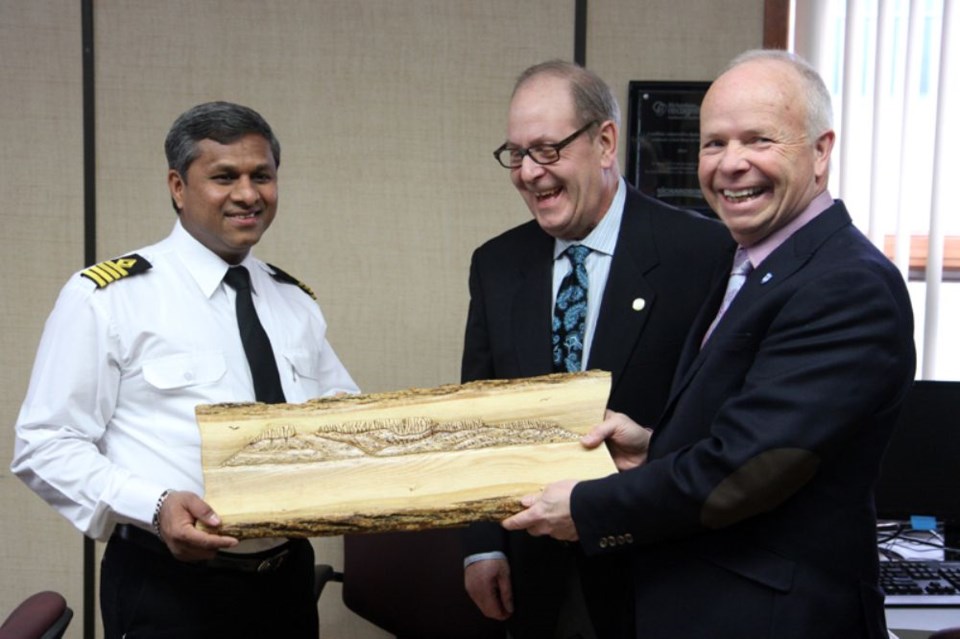 THUNDER BAY -- An ocean vessel that arrived Tuesday became the second ship to ever cross the local port's breakwall before April.

Capt. Karl Fernandes was welcomed during the top hat ceremony at Richardson's main elevator Friday as he signed his name alongside many others.

Traditionally, the captain of the first foreign-flagged vessel that passes through the breakwall for Thunder Bay's navigation season is awarded by signing their name inside of a top hat.

"It's always exciting this time of year for the first ocean ship in Thunder Bay,” said Tim Heney Chief executive officer Thunder Bay port authority. “It signals the start of spring for us.”

MV Federal Barents is only the second foreign-flagged vessel to pass through the port's breakwall earlier than April 1, missing the record by two days.

"It would have been a record," said Heney, explaining that the ship had been in Thunder Bay since Tuesday but that the port doesn’t record its arrival until it passes the breakwall.

The MV Federal Barents is transporting 21,000 tonnes of lentils to the Port of Mersin, Turkey.