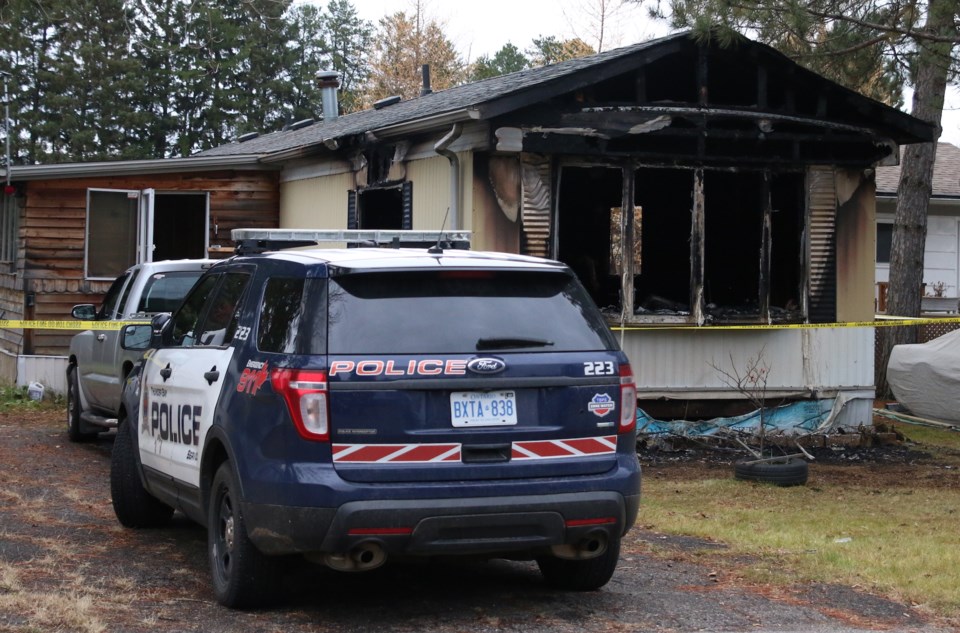 A man and a woman died after fire broke out in this Taylor Drive home on Oct. 28, 2018 (Doug Diaczuk/tbnewswatch.com)

THUNDER BAY — A mobile home fire in rural Thunder Bay last Sunday in which an adult male died at the scene has also claimed a woman's life.

Investigator Mike Rushton of the Office of the Fire Marshal has confirmed that the woman died in hospital Monday afternoon.

She and the other victim of the fire were both removed by firefighters from the burning trailer on Taylor Drive, off Rosslyn Road.

The woman was resuscitated by paramedics but was taken to hospital in critical condition.

The identities of the two deceased have not been released.

According to Rushton, it appears there was no working smoke alarm in the mobile home.

The investigation into the cause of the fire, which is believed to have started in the living room area, continues.

Good Morning, Thunder Bay!
May 25, 2020 5:55 AM
Comments
We welcome your feedback and encourage you to share your thoughts. We ask that you be respectful of others and their points of view, refrain from personal attacks and stay on topic. To learn about our commenting policies and how we moderate, please read our Community Guidelines.
The latest on COVID-19 Local and global updates →
Support local: Delivery, takeout & more
View local businesses