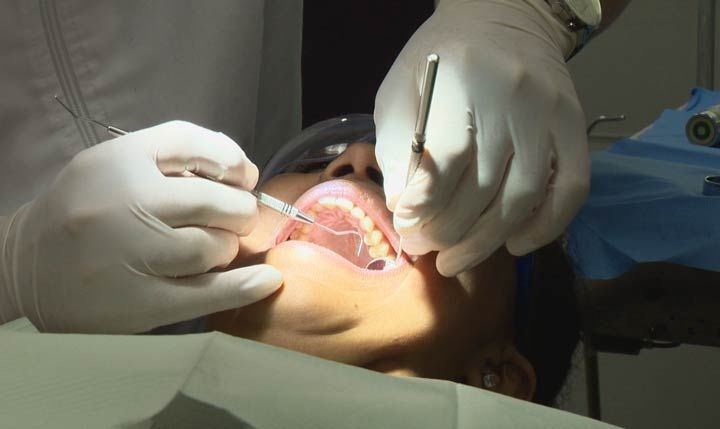 SIOUX LOOKOUT, Ont. — The Sioux Lookout First Nations Health Authority and area Chiefs are calling on the federal government to deal with what they describe as a dental crisis.

Ongoing shortcomings in dental care, they allege, have been amplified by the COVID-19 pandemic, leading to the death of one community member whose dental infections were not treated properly.

The fatality is said to have resulted from sepsis and complications.

"The death of this patient was preventable and related to the appalling lack of dental services for the communities served by SLFNHA," said Dr. Terri Farrell, the authority's medical director.

Farrell said hundreds of children are also suffering because of a growing waitlist for pediatric dental surgery in the area.

"Children are in pain, and many are becoming malnourished due to an inability to eat," she said.

He charged that the loss of life due to dental complications in a first-world country is evidence of discrimination and negligence.

"Adults and children are suffering while Indigenous Services Canada (ISC) has no plan," Morris said.

According to SLFNHA Chief Operating Officer Janet Gordon, ISC has operated a dental program in the region for decades, but has failed to meet community needs.

"There have been long-standing issues with dental infrastructure throughout the region. The pandemic has now caused the program to implode after years of poor planning and lack of quality assurance or record-keeping," Gordon alleged.

She said SLFNHA has provided the federal government with numerous suggestions for improving the situation, including offering to take it over.

However, "after many months of joint planning for a new facility in Sioux Lookout, ISC has now backtracked and informed us that they have neither the funding nor the authorities to proceed with the plans."

SLFNHA has been made aware that ISC will not reopen the existing dental clinic because of structural issues in the building.

SLFNHA and the chiefs Council on Health are both calling on Ottawa to support the health authority in the opening of a new dental clinic and to improve services in First Nations.

Sol Mamakwa, the NDP MPP for Kiiwetinoong, said sending dentists to remote communities from Sioux Lookout has been put on hold because of the pandemic.

"People are living with tooth infections because they don't want to leave the community" due to COVID-19 risks and quarantine requirements, Mamakwa said.

He said a plan is required immediately to deal with shortcomings in dental care in Northern Ontario.

"The dental system in the north is not broken. It's working exactly the way it's designed to, which is to take away the rights of our people to the land and resources there. It's not happening by accident," Mamakwa maintained.

Indigenous Services Canada did not immediately respond Wednesday to a request for comment.