Staal says Montreal gives him a chance to win 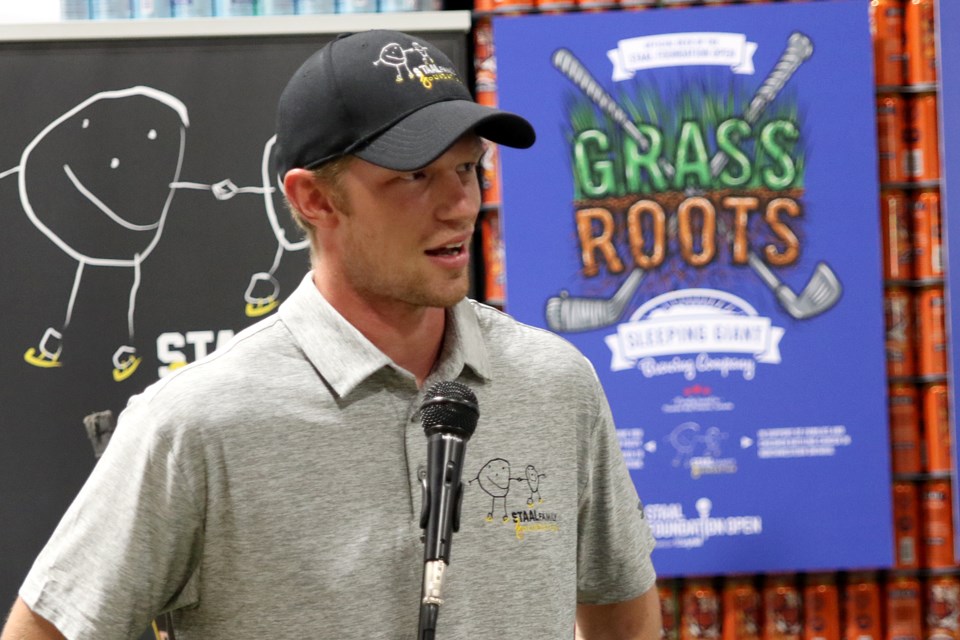 MONTREAL – Eric Staal says at some point during his six-hour drive from Buffalo to Montreal, he got goose bumps thinking about the opportunity that lays ahead.

The 36-year-old, facing a seven-day quarantine after being traded by the flat-lining Buffalo Sabres for a pair of 2021 draft picks, is joining a Montreal Canadiens squad in the thick of the NHL's North Division hunt and looking to turn themselves into a Stanley Cup contender.

The trade brought an end to a tumultuous season with the Sabres and gives him the opportunity to do what he likes best about the game of hockey.

“I just want to win. I want to be out there and win and be competitive and try to help our group win games, wherever that is in the lineup, I will do what I can. I feel like I've got some game left in me and I can be a contributor,” Staal said on Sunday morning, meeting with members of the media via Zoom, as he continues his modified seven-day quarantine in Canada before being allowed to join the Canadiens line-up.

Staal, who at the time he was traded last summer said he was shocked to be on the move, on Sunday said there were just too many hurdles to overcome in Buffalo.

“There were so many things that just didn't line up the way that we had in mind or had envisioned. The reality is we started OK. We had an up-and-down kind of couple of first two weeks or. We were kind of finding our game and filling our roles and then we got hit with COVID,” said Staal, who won a Stanley Cup in 2006 with the Carolina Hurricanes, the team he spent the first 12 seasons of his NHL career.

“It went through our room like wild fire and it wasn't great. Two weeks of guys battling that – and a couple of guys battling it pretty hard – it was difficult. We kind of, after that when we came back, never found any footing. And then injuries started to mount,” he said, .

“And in that division, when you're playing teams that don't beat themselves, it's difficult.”

For Staal, it's been the worst offensive output of his 17-year career. In 32 games the veteran forward, who has 1,031 points in 1,232 games, had just three goals and seven assists for a team that has managed just six wins all season long and are currently on a 17-game losing streak.

He sees plenty of possibilities with the Habs (14-8-9), who have a mix of veteran talent like goaltender Carey Price and defenceman Shea Weber and up-and-comers like Nick Suzuki.

“It's crazy and the fact that now I'm a Montreal Canadien is exciting. It's am unbelievable market and obviously a phenomenal place to be an NHL player. So I feel grateful for that and an opportunity and I'm going to embrace it,” said Staal, whose two-year. $6.5-million contract ends after the 2020-21 campaign.

“I'm just going to do what I can and I look forward to the challenge.”

One thing he's not looking forward to is more time away from his family, who remained in Minnesota after last summer's trade.

The veteran forward had to waive a partial no-trade clause in his contract to move to Montreal, relenting when the federal government cut the quarantine requirement for NHLers from 14 days to seven.

He's got his fingers crossed that border restrictions will ease to allow his wife and three children, all 11 and younger, to visit.

“Hopefully, as we move forward in the next little time, I'd love to see us go on a run and we can get my family up here to enjoy a game here at the Bell Centre because there's no place better to play.”