Rangers blue-liner has a no-movement clause in his contract, but there's plenty of talk about him not returning to New York this fall.
Jun 9, 2017 1:52 PM By: Leith Dunick 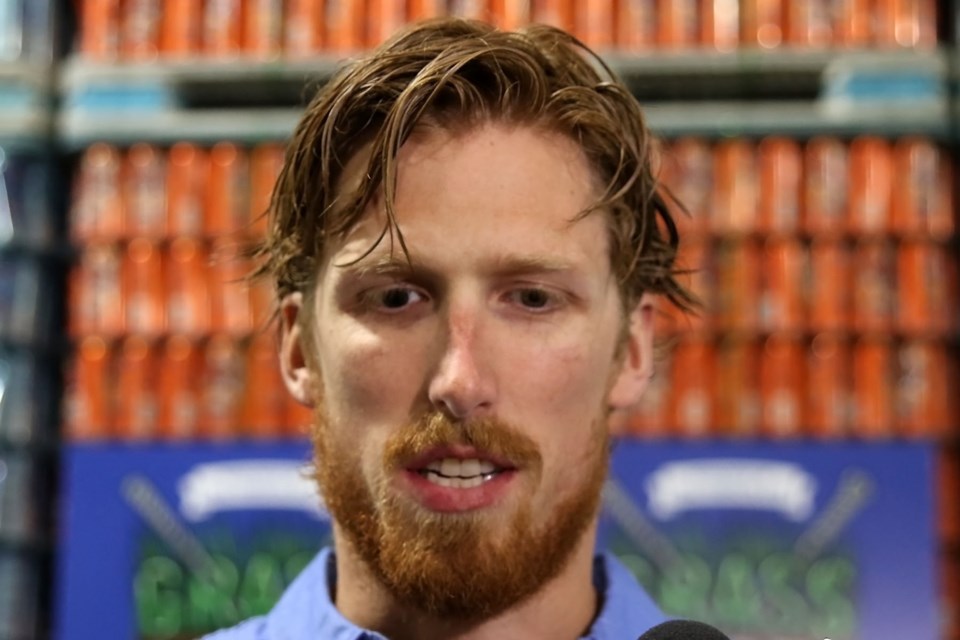 THUNDER BAY -- Marc Staal would like to spend the rest of his career patrolling the blue-line for the New York Rangers.

That dream may or may not come to fruition.

On the wrong side of 30, Staal’s name has been swirling in the rumour mill, despite a contract blessed with a no-movement clause that could hamper the Rangers ability to move the stay-at-home defenceman ahead of this month’s expansion draft welcoming the Vegas Golden Knights to the National Hockey League.

The Rangers could buy out Staal or fellow blue-liner Dan Girardi ahead of that draft. They could ask one of the two to waive their no-movement clause freeing the team up to protect another player.

Staal’s heard all the talk, but isn’t putting too much stock into anything that doesn’t come straight from general manager Jeff Gorton’s lips.

“With the draft and with the way our season ended there’s obviously been a lot of talk and rumours. It’s something new and I try not to think about it or talk myself into it until I know the facts. And I don’t really know too much right now,” Staal said.

“You roll with the rumours and see what happens.”

Hanging around Madison Square Gardens for the next few seasons would be ideal, said Staal, who scored three goals and added seven assists in 72 games this past season, bringing his career totals to 37 goals and 156 points in 10 NHL campaigns.

“I was drafted there and it’s an organization I’ve been proud and humbled to be a part of for a very long time,” Staal said. “I want to keep playing for them and I think I can help that team win. That’s the bottom line.”

It really depends on which direction the aging Rangers wish to move in.

New York upset Montreal in the opening round of this year’s playoffs, but was dispatched by upstart Ottawa in Round 2. A year ago they bowed out in the first round, beaten in five games by eventual Stanley Cup champion Pittsburgh.

The window is closing, with stars like Rick Nash and goalie Henrik Lundquist winding down possible hall-of-fame careers.

Still, this is a team that’s just two years removed from a conference final appearance and three years from a trip to the Stanley Cup final, the Rangers first since winning it all in 1994.

Drafted in the opening round by New York in 2005, Staal believes he’s still got plenty of gas left in the tank to help the team make another lengthy playoff run.

“Regardless of your role, you want to put your best hockey on the ice and I was able to do that at times this year, but not as consistently as I wanted to,” said Staal, an alternate captain with the Rangers who has four years remaining on his six-year, $34.2 million deal.

“That’s what I’ll be looking to do next year and getting back to playing elite hockey all year long.”