City council voted unanimously in favour of a temporary bylaw amendment to allow for an indoor soccer facility on Maureen Street.
Oct 23, 2017 9:33 PM By: Doug Diaczuk 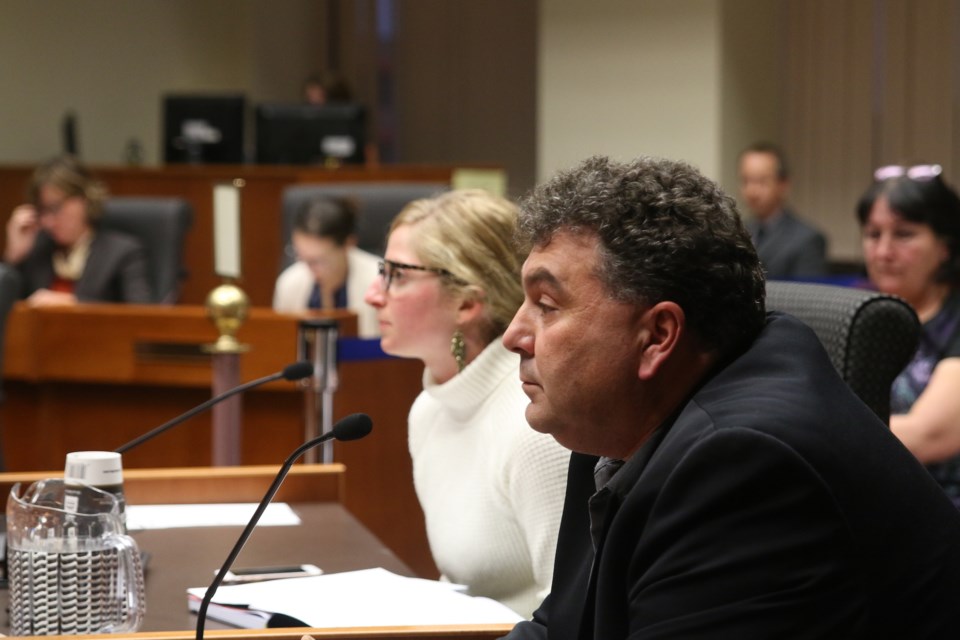 Tony Colistro and Rosemarie North speak to council in support of the indoor soccer facility on Maureen Street during Monday night's meeting.

THUNDER BAY - Soccer players no longer have to worry about hanging up their cleats when the snow falls this winter, as council agrees to allow a temporary indoor soccer facility to move forward.

Thunder Bay city council unanimously supported a temporary use bylaw amendment to the former Northern Wood sawmill building on Maureen Street to allow for an indoor soccer facility until 2020.

Soccer players have been without an indoor facility since the collapse of the Sports Dome late last year.

“It won’t support any growth, but it will make due,” North added.

The facility will provide a temporary solution for more than 1,500 soccer players in the city and converting the building to allow for two indoor fields will require an investment of approximately $150,000, Colistro said. The most expensive component will be installing the artificial turf and the addition of a universal washroom for $15,000. No funding requests have been made to city council to cover the costs.

“The cost was little higher than what we were expecting,” Colistro said.

During deputations, Stefan Huzan with Northern Planning, presented a report on behalf of a client outlining to council some issues with permitting the indoor soccer facility on that property.

“There is stuff going on in industrial areas that you don’t want people to be close to,” he said. “This site is in the middle of a heavy industrial zone.”

He also pointed to several provincial guidelines requiring planning and environmental assessments to ensure the site is safe from any possible contaminants or other safety hazards.

“Trust me is not good enough,” Huzan said. “You have to produce a record of site condition in order to prove the site is safe.”

However, development and emergency services manager, Mark Smith, said all procedures have been followed and the city administration supports the amendment as it stands.

“Because what we are seeking here is a temporary use bylaw, we don’t see any problems with what is being proposed,” he told council.

The amendment passed with unanimous support from council. The facility is expected to be operational by next month.