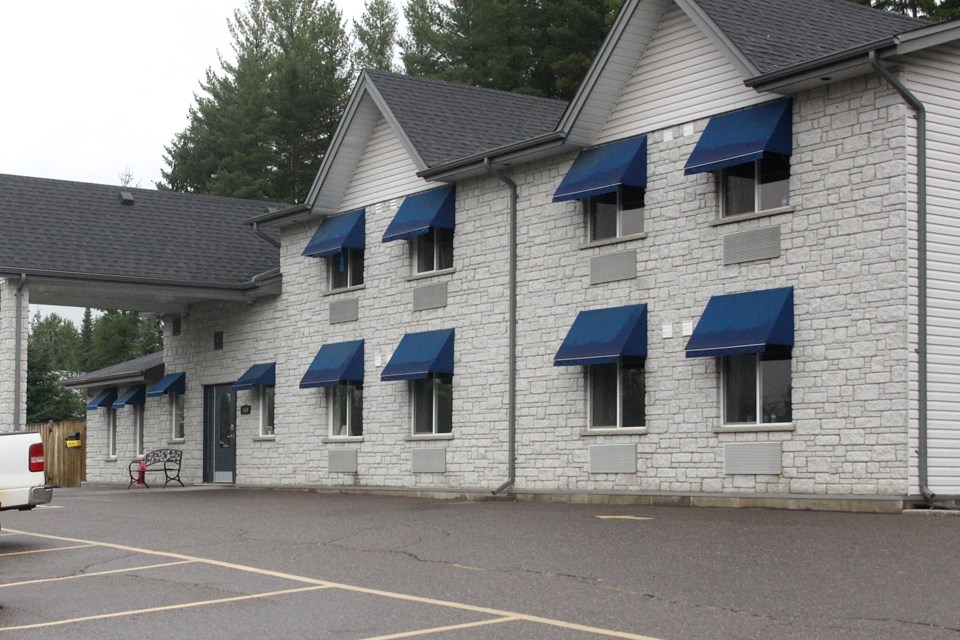 The Lodge on Dawson is a new 30-bed transitional housing facility that is expected to start accepting residents in the fall. (Matt Vis, tbnewswatch.com)

THUNDER BAY – People living homeless and struggling with addictions and mental health issues will have a new transitional housing facility to provide support and prepare them to move forward.

The St. Joseph’s Foundation of Thunder Bay purchased the former Thunder Bay inn on Dawson Road, last year appearing before city council to obtain a zoning bylaw amendment to allow for the building to be repurposed.

The Lodge on Dawson, a 30-bed facility, is expected to be operational this fall.

“If someone arrives at Balmoral Centre, for example, and then as work progresses with the team there, there might be an opportunity to transition to The Lodge on Dawson to be able to have that transitional housing until some more permanent solutions are found,” Buckler said on Friday.

“It really fills a hole in that continuum of care and services.”

People living in the facility will have lengths of stay varying from several weeks to several months. While all support services will be funded by the province, residents will pay rent that is geared to income.

A point-in-time count last year found there were 474 homeless people in Thunder Bay, with nearly half living in a shelter or with no place to go. Addiction and substance use was identified as a factor in 33 per cent of respondents’ recent loss of housing.

“We shouldn’t work in isolation because everybody brings something to the table,” Buckler said. “When people bring their strengths to the table and different organizations work together, it creates something that we couldn’t do on our own.”

Bill Bradica, the chief administrative officer of the Thunder Bay District Social Services Administration Board, said some people need more than four walls and a roof to be successfully housed.

“We have been able to place people in permanent housing with support, with somebody to talk to, but others do need more of a 24/7, wraparound type of care to help stabilize them initially and then help transition them into permanent housing,” Bradica said.

The project, including the purchase of the property and repurposing of the building, has a total cost of $2.2 million, with funding provided by the provincial Homes for Good initiative.

The program had been launched by the previous government, but has since been upheld by the current Progressive Conservative provincial government.

“That’s very significant to know there is a recognition by the provincial government that these type of issues do exist and are quite extensive in certain areas like ours,” Bradica said.