Tourism promoters say the project will put Thunder Bay on the map as a mountain biking venue.
Jun 15, 2021 1:52 PM By: TbNewsWatch.com Staff 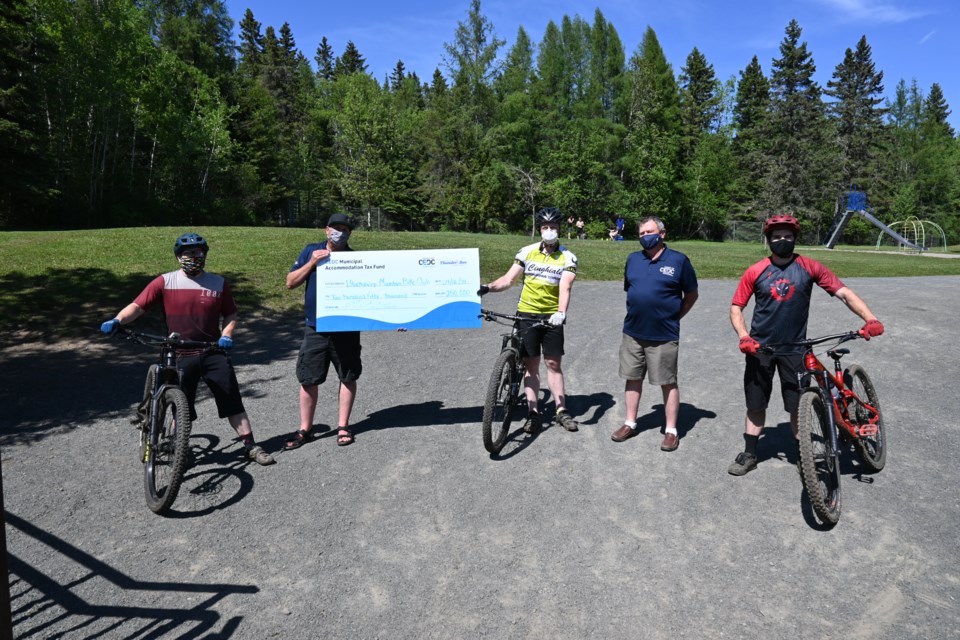 THUNDER BAY — The City of Thunder Bay's municipal accommodation tax is helping to pay for a major expansion of the mountain bike trail system in the Trowbridge Forest.

The Blacksheep Mountain Bike Club will receive $250,000 from the MAT over the next two years to complete the $1.5 million project.

The project includes up to 15 kilometres of new single-track trail, a new bike skills park, and other improvements to park infrastructure in the Shuniah Mines area within the Trowbridge Forest.

The MAT contribution was approved by the Thunder Bay Community Economic Development Commission board of directors with the support of Tourism Thunder Bay.

"The generous contribution from the CEDC through their MAT fund will go a long way in allowing Blacksheep Mountain Bike Club, in partnership with the City of Thunder Bay Parks & Open Spaces, to develop the Trowbridge Forest Recreation Trail Master Plan," said Mark Maranzan, vice president of the club.

"This will give us a world-class trail system to market as a tourism destination," Maranzan added.

He said similar jurisdictions in Canada and the United States receive 20,000-plus visitors a year who spend money in local shops, restaurants and hotels.

Tourism Manger Paul Pepe said the city has already seen an increase in mountain biking tourism due to the Blacksheep Mountain Bike Club's efforts to build awareness of the sport.

Officials hope the expanded trail system will establish Thunder Bay as an international rider centre with the opportunity to host championship events.

It will also ensure the growth of Blacksheep's premier event – the Shuniah 40 miner.

Promoters of the sport note that regional mountain biking events in other locations have attracted as many as 2,000 participants.