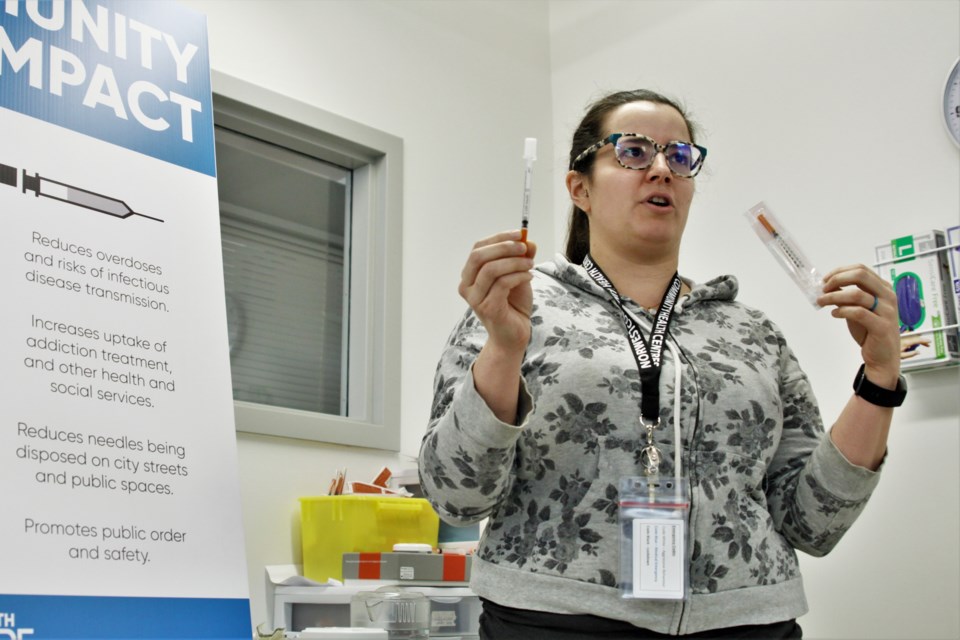 THUNDER BAY – The City of Thunder Bay appears ready to embrace strategies like decriminalization and safer supply initiatives in fighting a worsening opioid crisis, but could face barriers from provincial and federal governments less enthusiastic about those approaches.

“I really think this is the right direction to take care of the most vulnerable people, and to save lives,” Coun. Peng You said, a sentiment echoed by several colleagues.

However, drug strategy coordinator Cynthia Olsen advised councillors some of Ruberto’s specific suggestions, such as launching a safe alcohol consumption site and lobbying the federal government for decriminalization of possession, needed more time, study, and community engagement before moving forward.

Many also require approval or support from upper levels of government, which Ruberto slammed for inaction on the crisis.

“We know treatment beds are important, we know detox beds are important, but there are 10 beds for detox [in the city],” he said. “Where’s the help? [Thunder Bay] has been fighting for the last 14 years, that I know of, to get help from the province and the feds.”

Locally, the overwhelming majority of stakeholders consulted supported harm reduction strategies such as decriminalization of simple possession of hard drugs – including police.

A report from Olsen and crime prevention council coordinator Lee-Ann Chevrette suggested the city prepare a more detailed briefing for its intergovernmental affairs committee, to consider advocating federally for decriminalization.

“Evidence suggests decriminalization is an effective way to reduce public health and public safety harms associated with substance use,” the report stated. “Diversion could reduce recidivism, ancillary crimes and increase health and safety outcomes for people who use drugs.”

Olsen and police chief Sylvie Hauth met with Health Minister Patty Hajdu in September to discuss decriminalization. The local MP’s Liberal government has indicated it doesn’t consider the strategy a priority, however.

The city could also follow in the footsteps of Vancouver, Olsen advised councillors, which recently became the first city in Canada to seek an exemption to the Controlled Drugs and Substances Act’s provisions on possession of drugs within the city.

Such an exemption is possible on health grounds under Section 56 of the Act. However, it’s an uncertain and complex approach that requires further study, Olsen said.

Given growing support for decriminalization, both Olsen and Mayor Bill Mauro expressed their view it was only a matter of time before the policy catches on.

In the meantime, administration suggested supporting efforts to bring safer supply initiatives to the city. Currently, a handful of Safer Opioid Supply (SOS) programs in Ontario provide users with a supply of pharmaceutical drugs to replace dependence on the increasingly toxic opioids available on the black market.

It would be similar to a managed alcohol program, Olsen said, with drugs prescribed by a health care provider and connections made to social supports. All 27 members of the city’s drug strategy and crime prevention council consulted on the topic supported advocacy for a safer supply initiative.

“Given the evidence and partner support, we are recommending council support administration’s efforts to work with community partners to implement a safer supply program in Thunder Bay.”

The city will also continue to advocate for more funding for safe injection sites, the report noted. Two sites are currently operated in the area by Norwest Community Health Centres and Dilico Anishinabek Family Care.

On another initiative suggested by Ruberto, providing safe spaces for those who consume alcohol publicly, the city has launched a feasibility study based on a model used in Vancouver that provides a venue for safe consumption, an exchange program, and connections to social and health supports.

The city will work with the Centre for Rural and Northern Health Research (CRaNHR) to conduct a feasibility study on the appropriateness of implementing such a program locally.