Thunder Bay physician named to the Order of Canada 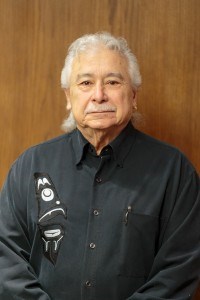 OTTAWA – Thunder Bay doctor Thomas Dignan has been appointed to the Order of Canada.

Dignan, one of 103 people named by Governor General Julie Payette, received the honour for his dedication to the health and well-being of Indigenous communities as a primary care physician.

The appointments were made public on Thursday. Dignan was named a Member of the Order of Canada.

According to Indspire.ca, Dignan has spent more than 30 years as a pioneer in Aboriginal health care, and in 1981 became the first Indigenous graduate of the faculty of medicine at Hamilton’s McMaster University.

Dignan began his medical career in Thunder Bay as the city’s first emergency physician and, as a licensed pilot and fly-in physician, has continued to serve communities in Ontario’s north with the Anishinawbe Muskikki Native Health Access Centre and as a medical officer for the First Nations and Inuit Health Branch of Health Canada.

Dignan is also a recipient of the Queen’s Jubilee Medal and divides his time between Thunder Bay and Bracebridge, Ont.