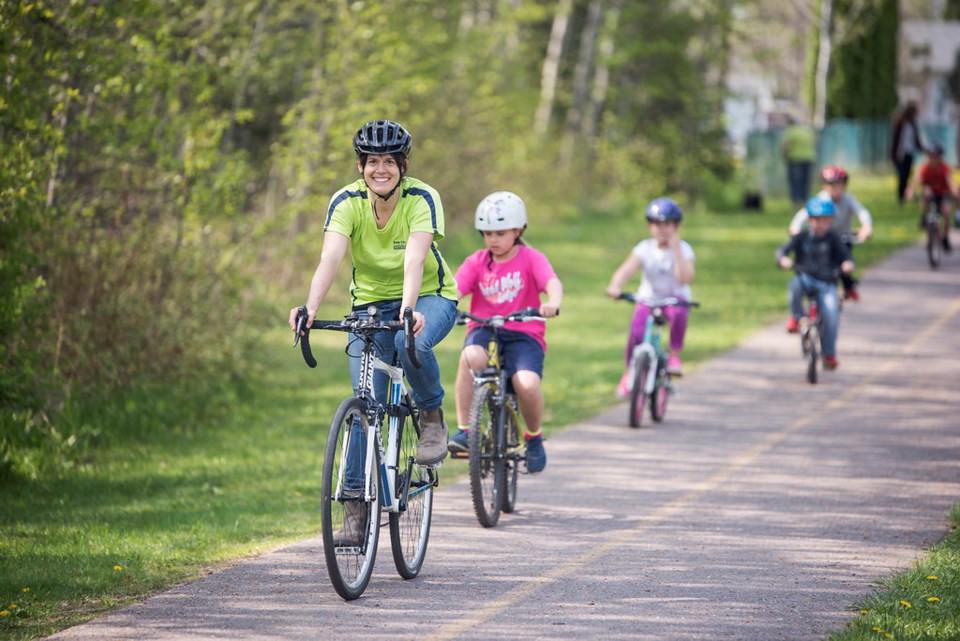 THUNDER BAY — The City of Thunder Bay has won recognition from a national group for its efforts to become a safe, bikeable community.

The Share The Road Cycling Coalition, in partnership with the Canadian Automobile Association, announced Tuesday that Thunder Bay is one of six cities and towns to receive its Silver Award this year.

Thunder Bay is among 49 designated bicycle-friendly communities across the country.

According to the coalition, interest in cycling has grown during the COVID-19 pandemic.

This is shown both in higher bike sales and in efforts by many communities to improve their cycling infrastructure to accommodate the increased traffic.

The vetting process for the awards includes a review of performance in four categories: engineering, education, encouragement and evaluation and planning.

Subha Ramanathan manages the program for the coalition.

She said the adjudication panel needs to see advancements in each of the four groupings in order to present an award.

"In Thunder Bay's case, for engineering, a strong and growing network of infrastructure was noted. Some of the questions [in the application] asked about major advancements in the last 12 months and planned infrastructure improvements in the upcoming 12 months. In both those cases, Thunder Bay was quite strong," Ramanathan said.

She said the city is also addressing pinch points in the community, including major trail crossings.

"We like to see that there are efforts to make the community safer for cyclists of all ages and abilities, not just those that are fearless on the road."

But Ramanathan added that "having bike lanes put in on their own isn't going to encourage people to get out there on bikes. It also needs to have a support system of educational initiatives within schools."

She said both EcoSuperior and the Thunder Bay Police Service offer good programming in schools funded through the Ontario Active School Travel program.

Ramanathan also noted there are advocacy efforts on the ground in Thunder Bay to promote safe sharing of the road by motorists and cyclists.

The adjudication committee, she said, even looks into the availability of proper bike racks in a community.

"Our award program helps communities track their progress, learn from one another, and receive public acknowledgement for their efforts. The feedback we provide encourages continuous improvement over time."