Megan Nadin is helping to raise money for the carousel's restoration
Oct 7, 2019 11:07 AM By: TbNewsWatch.com Staff 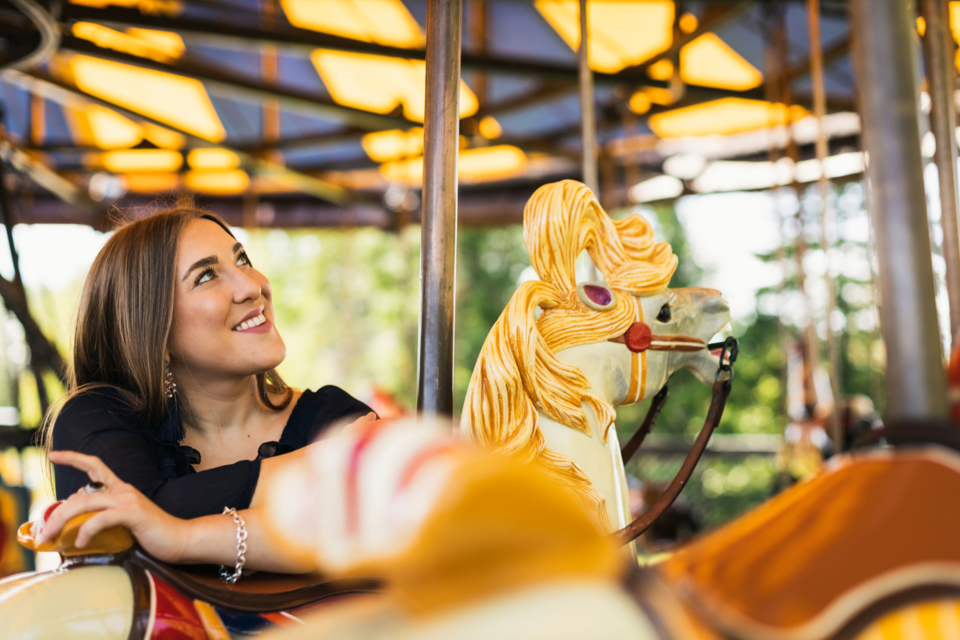 As part of her support for the restoration of the over-century-old carousel, Nadin has also started a GoFundMe campaign.

The song written by Ed Sheeran and Justin Bieber, I Don't Care, is available on YouTube and has already received more than 1,000 views through links on The Friends of Chippewa Park and Save Our Carousel websites.

The song is part of the One String Wonder project initiated by Nadin.

"The carousel stands for everything that One String Wonder stands for – growth and evolution," Nadin said. "When I arrived on site to check out the location, the carousel immediately stood out above the other rides. When I was informed on just how much effort has gone into restoring the beautiful 104-year-old carousel, I immediately knew I wanted this piece of history to be the focal point."

Nadin explained that she called it the One String Wonder project because she writes music by coming up with lyric and melody while plucking the base notes of her guitar.

"I thought it would be fun to share covers of trending songs that people were familiar with, using my One String Wonder style as a way to share my own original creative process, while also paying respect to the fact that a song that starts with simple base notes (one string at a time) can evolve to be something so much more."

All the money raised through the GoFundMe project will go towards the restoration of the carousel.

Save Our Carousel co-chair Donna Gilhooly said her group is thrilled to have Nadin's support.

"We have always recognized the C.W. Parker Carousel as one of the key cultural heritage assets of our community, and to link it with a music video performed by Nadin makes that link even more obvious,' Gilhooly said.