The Lakehead Transportation Museum Society welcomed home the Alexander Henry with a fundraiser.
0
Feb 4, 2018 9:23 AM By: TbNewsWatch.com Staff 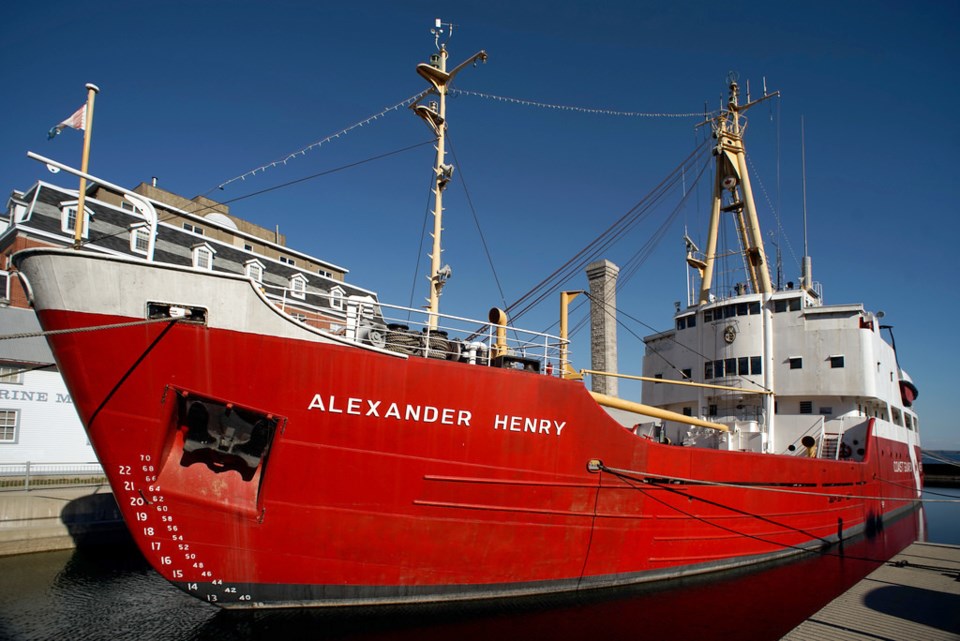 THUNDER BAY -- The transportation museum hosted a fundraising dinner for the restoration of the Alexander Henry icebreaker.

The event comes after Wednesday's announcement by Premier Kathleen Wynne, that the province is contributing $150,000 to the restoration project.

Society president Charlie Brown said about two-thirds of that money came as reimbursement for the cost of bringing the Alexander Henry back to Thunder Bay last summer and then moving it to the Pool Six dock.

The price tag for towing the ship from Kingston came to about $250,000.

The city contributed $125,000 and the rest came from private donations.

Brown said the remaining $50,000 or so from the province will now go toward refurbishing the Henry and cleaning up the Pool Six site for visitors.

“We are going to propose to them a phased approach where we have the ability, perhaps this year, to bring in the Brill trolley buses that are being stored at transit,” Brown said.

“We’ve got some plans this year or early next year to bring the James Whalen Tug from the Kam River site over here and our long-term plans will hopefully be to bring the Via Train as well.”

The event will feature presentations on how the Alexander Henry will revive the history of the city's waterfront.